Michael Ryan has elaborated on his decision to quit as Tipperary hurling manager, saying that the players needed to hear a fresh voice.

The Upperchurch-Drombane man had been involved with the senior team for almost 10 years, first as a selector with Liam Sheedy, then stepping back under Declan Ryan before returning as part of Eamon O'Shea's management, and ultimately being appointed manager for 2016.

He led the Premier County to the All-Ireland title at the first time of asking but they lost out to eventual winners Galway by a point in the semi-final 2017 and failed to win in four Munster round-robin games this season.

"Ultimately, the real driver of the decision was, we want to give the group of players that we had the absolutely best chance going forward," he told Tipp FM.

"They just need to hear something new. I've been there a very long time and I'm sure those guys needed a break from me.

"It has always been my belief that change is good. I've been on the positive side of that change, where we were part of something that came in and it was new and it was good.

"We have just come to the end of it, which is entirely natural and entirely normal." 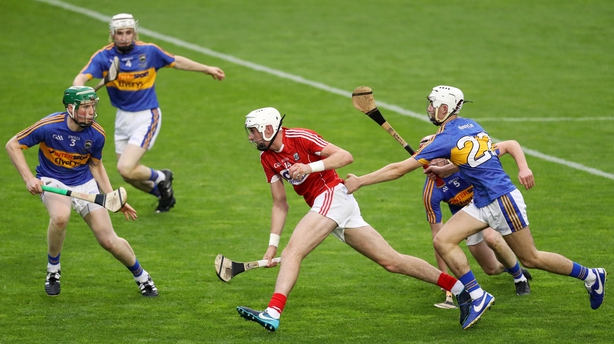 Ryan is hopeful that next Wednesday's U21 All-Ireland semi-final against Galway, and resumption of the club championship, will help to unearth some new blood for whoever takes over the reins.

"The excitement that will build with a new backroom (team), that it will inevitably bring (players in) on top of the existing group of players, plus any additional players, will give Tipp a huge lift for 2019," he said.

"The club championship we are about to get back into in Tipp could throw up a few surprises and players are getting opportunities.

"That is exactly what players want. Let's see what the county championship brings, the Under 21s have a massive challenge coming at them next week. I think there is an awful lot to play for."

Parrott and Idah in shootout drama as Canaries advance