The Liam Miller tribute match will be held at Páirc Uí Chaoimh, with "a GAA event" taking place as part of the fundraiser.

After discussions with Croke Park's ruling Management Committee and Central Council this morning, it has been confirmed that the event will be held at the Páirc on Tuesday 25 September.

"In agreement with the Committee the day will also include a GAA event in advance of the Tribute Match. The details will be finalised in the coming weeks.

"Further information relating to arrangements and ticketing for the game - including those purchased already for Turner’s Cross - will be finalised at a meeting of the Committee and Cork GAA on Monday and made public shortly afterwards.

"The GAA would like to wish the family of Liam Miller and the organisers every success in their efforts. The Committee of the Liam Miller Tribute Match would like to thank the GAA for their support with this event." 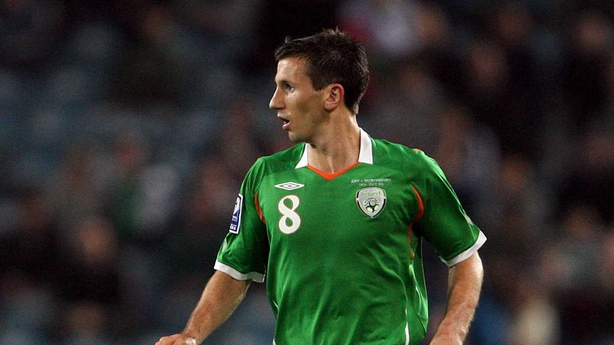 Minister for Tourism and Sport Brendan Griffin said it was a welcome decision.

"I am glad that a positive outcome has been agreed," he said. "I would like to thank everybody involved for their efforts to reach this agreement and I have no doubt that the event itself will be a wonderful success."

The game was initially to be played at Turner's Cross in Miller's native Cork, a ground that has a capacity of around 7,000. The tickets quickly sold out, strengthening calls for a switch to the 45,000 capacity Páirc Uí Chaoimh in the city.

A week ago the GAA said in a statement: "Only a change at Annual Congress can alter this situation. Congress takes place in February each year.

"The GAA has sought legal advice around funding received towards the redevelopment of Páirc Uí Chaoimh and believes it is compliant with the terms and conditions laid down in September 2016.

"The Association re-affirms its offer to provide hospitality facilities at the venue free gratis to assist fundraising efforts around the Liam Miller Tribute Match and wish the event organisers every success in their endeavours."

That stance has now been relaxed, and the game will take place in the larger stadium in just under two months' time.