John O'Leary and Stephen Cluxton have a lot in common.

Both men will be forever remembered as top-class custodians for Dublin, remaining virtually untouched as first-choice goalies for years, and both have lifted the Sam Maguire as captains of the county.

Now, they are also tied on the exact amount of inter-county appearances in league and championship - 197 - after Cluxton hit the milestone in Omagh against Tyrone on Saturday evening.

O'Leary has long hung up the boots but there's still plenty of life in 36-year-old Cluxton. As long as he stays injury free and the Dubs keep winning, he could reach game number 200 on All-Ireland final day.

"I didn't even know the record was there!" O'Leary told the RTÉ GAA Podcast.

"I knew my championship number alright but I was surprised when I got a phone call on Thursday about it.

"If Stephen played for 300 games he still wouldn't be talking about the record. He's an incredible individual. He's been phenomenally important to Dublin since they made the breakthrough in 2011.

"He's probably helped changed the game as well in terms of how good he is at kick-outs and distributing it. Teams have had to work hard to try and counteract that.

"He's a fabulous individual, a fabulous goalkeeper. If Dublin win the All-Ireland, the four-in-a-row, that'd be be his 200th match. It'd be a nice way to round it all off wouldn't it?" 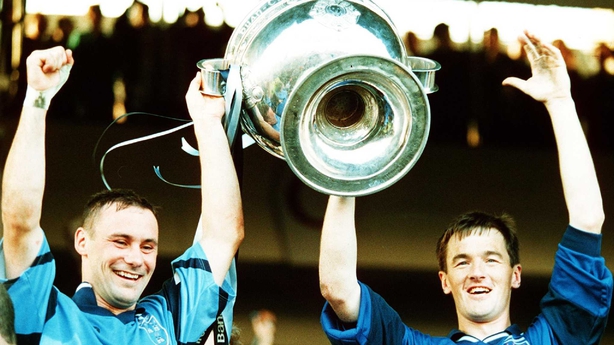 Dublin had to go to the well to get past Tyrone in their Super 8s tussle at Healy Park. A 1-14 to 0-14 victory was not straightforward but Jim Gavin's men got the points they needed to ensure they will progress to the semi-finals.

It keeps alive the drive for an incredible fourth All-Ireland crown in a row, though '95 winner O'Leary warned that Jim Gavin's men must stamp out their habit of trying to run down the clock with incessant handpassing.

"I've a bit of a sneaky feeling the All-Ireland final might be Dublin v Tyrone at the end of the day," he added.

"Dublin are playing okay-ish. I just wish they'd played like Tyrone did against Roscommon and looked more lethal, putting teams to the sword, as opposed to sort of playing that last 15 minutes hanging on to the ball.

"If you go back to 2011, Kerry lost the ball in the middle of the field in the last couple of minutes when they were doing the same thing, fluting around with it. They turned the ball over, Dublin got the ball and stuck it in the back of the net. The momentum was gone, Dublin got the next score and won the All-Ireland.

"I think it's very high risk. You can't arrest the momentum. If you were two points ahead and still trying to do that type of stuff, I think it's nuts."