Wexford were far from impressive in seeing past Westmeath by 11 points in Saturday's preliminary All-Ireland SHC quarter-final clash in Mullingar, with Clare next up for Davy Fitzgerald's side.

The winning margin was probably a fair reflection on the game, with Wexford always in control but some sloppy play will frustrate Davy Fitzgerald as his troops hit 14 wides throughout.

After the game the Lake County's manager Michael Ryan stepped down after four season in charge.

Westmeath opted to operate with a sweeper in the opening half which maybe played into Wexford’s hands as Shaun Murphy dropped back to clean up lose possession throughout the game.

Aidan Nolan was outstanding for Wexford throughout the game and aided in assisting full forward David Dunne for the games opening goal, with Dunne making no mistake with the finish to the back of the net.

A superb save from Paddy Carroll denied Paudie Foley before the interval with a fabulous save which kept the Lake County in the game and further scores and the gap was only seven points at the break with the scoreboard reading 1-12 to 0-08 in favour of Wexford. 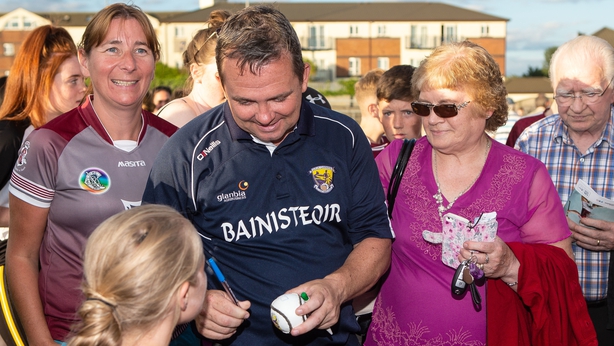 Lee Chin opened the second half scoring with a free, but three points in a row from the Lake County left the gap at five points and at this stage Westmeath would have believed they could have caused what would have been a massive upset.

Conor McDonald found the net with a great finish in the 46th minute to leave the gap at eight and Wexford looked set to push on and win easily at that stage.

Westmeath never gave up though to their credit with both sides cancelling each other out a lot heading into the final stages.

Joey Boyle’s 63rd minute effort proved to be his sides last score of the game as the Model County pushed on four further scores courtesy of Harry Kehoe (2), Liam Ryan and Shane Tompkins to ease into the quarter finals where they will face Davy Fitzgerald’s native county Clare.

John Heslin the hero as Westmeath snatch the points against Clare