Limerick qualified for next Sunday’s All-Ireland quarter-final as Aaron Gillane and Tom Morrissey fired them to victory over Carlow at Netwatch Cullen Park.

Six days on from their Joe McDonagh Cup final victory over Westmeath, Carlow were unable to transfer that form onto the top stage, but with promotion to Division 1B and into next season’s Leinster championship it has been a season to remember for Colm Bonnar’s side.

A few weeks ago Limerick looked set to reach the Munster final, only for defeat to Clare in their final pool game to dethrone their campaign, but they are now just two wins from a spot in the All-Ireland final.

Gillane scored one goal before the break, set up another for Graeme Mulcahy and saw Kyle Hayes get his side off to a flying start after 30 seconds. After a positive opening 15 minutes Carlow could not live with Limerick’s crisp hurling and John Kiley’s side eventually ran out easy winners. 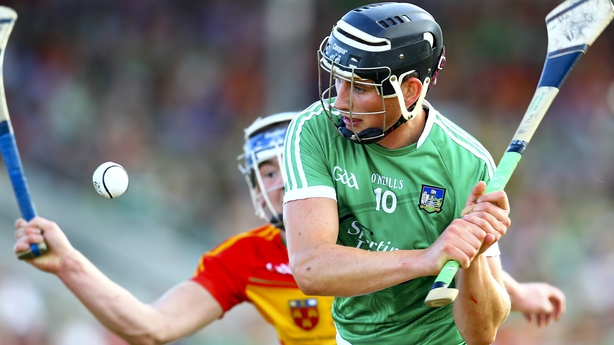 It only took Limerick 30 seconds to take the lead when William O’Donoghue sent Hayes in on goal and he buried his low shot past Brian Treacy, but following that early boost there as no immediate kick from Kiely’s side.

Instead it was the home side who began to settle and with John Michel Nolan, Paul Cody and Edward Byrne on top in the half-forward line the pulled within two points with Denis Murphy and Byrne on target.

But while Limerick were struggling, Carlow were unable to make the most of their dominance and reeled off six wides by the 20thminute.

Tom Morrissey hit a great score for Limerick in the 12thminute, which he had to fight very hard for, but it was a key score for his side as they then began to show their usual free-flowing hurling.

Mulcahy and Gearoid Hegarty hit points for the Munster outfit, and after 19 minutes their second goal arrived when Gillane’s quick pass sent Mulcahy in on goal and he finished at the second attempt, following a fine Brian Tracey save.

Goal number three came a minute later, this time Hegarty picked out Gillane with a pin-point pass, and the Patrickswell man arrowed his shot into the top corner from a tight angle. 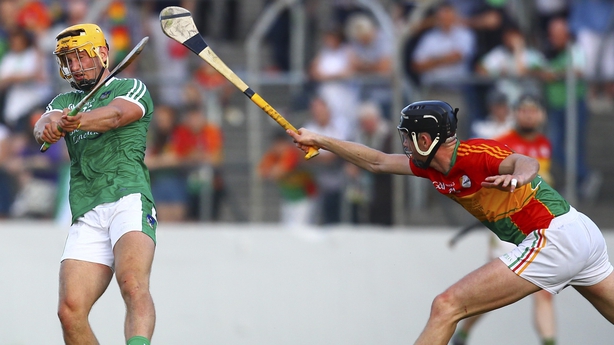 That goal put Limerick 3-3 to 0-3 ahead and they tagged on six points before the break, but they also should have punished their hosts a bit more as their ten first-half wides attests.

Limerick continued to dominate after the restart and despite early points from John Michael Nolan and Murphy, the Munster men soon took over again. Tom Morrissey was outstanding for Limerick and he tagged on three points in the second period to bring his tally to five, while Diarmuid Byrnes crept forward and hit the fourth goal for his side in the 55thminute.

Peter Casey made a real impact off the bench and hit three points from play, while it was his goal with nine minutes remaining that signed off this dominant Limerick performance.

Glass now keen to inspire the next generation

Cork boss Fitzgerald hungrier than ever to succeed