Cavan have been handed a major boost ahead of their football qualifier against Tyrone with the news that the red cards shown to Dara McVeety and Conor Moynagh have been rescinded.

Mattie McGleenan’s side sealed their place in round three of the qualifiers with a 1-14 to 0-15 victory over Down in a fiery clash last weekend, which saw three players sent-off at the end of a dramatic finish.

It meant both players would be unavailable for Saturday’s qualifier at Brewster Park, but Cavan have successfully appealed the respective one-match suspensions.

The Cavan pair were cited for "contributing to a melee", but tonight the Central Hearings Committee (CHC) have cleared both players to play, ruling that the "infraction was not proven".

Saturday’s qualifier will take place at 5pm in Enniskillen as Cavan's Kingsoan Breffni Park is currently unavailable due to the maintenance work. 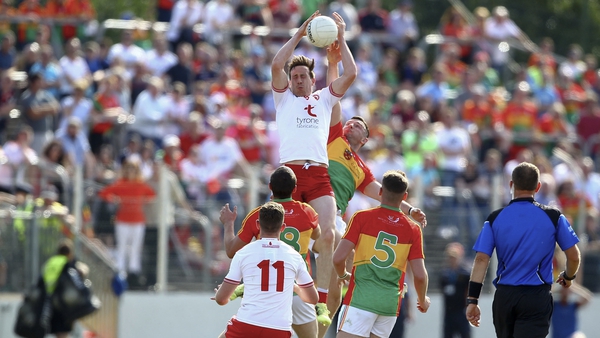