Galway's two All-Ireland senior titles in 29 years is a somewhat bare stat given the talent that emerged in that period but the drive is there among the current squad to put a more positive look on that stat.

The reigning All-Ireland champions are in Leinster final action on Sunday next when they take on Kilkenny.

Speaking to RTÉ Sport ahead of that game, Galway selector Frannie Forde spoke about the desire to get more out of the current batch of "quality hurlers".

"What we’re looking for, and what we’ve always felt we’ve had was good quality hurlers who have the skills necessary, but there’s a lot more that goes into it," he said.

"We always hope that they’ll bring the work-rate, massive desire to get the most out of themselves and the best out of one another as a group. Above all, we hope that they continually work towards improving that culture."

Five weeks ago, Sunday's finalists met at Pearse Stadium where the Tribesmen ran out comfortable seven-point winners, Forde is expecting a closer contest at GAA HQ 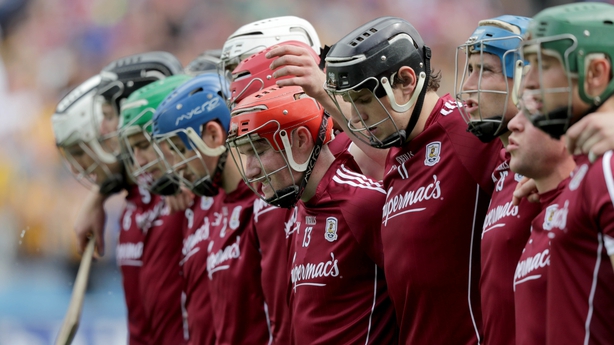 He added: "In the recent past Galway-Kilkeny games have been ultra-competitive and we’re expecting nothing less on Sunday – the Leinster final will carry on that recent tradition and it’ll be really tight and really tense."

"There’s a massive rivalry there now since we went into Leinster because we’ve met Kilkenny so many times. It’s well documented the culture and characteristics of a Kilkenny team – you know what you’re going to get from them, they’re going to work so hard out on the pitch and that’s the kind of culture that we’re trying to create in Galway.

"We want the lads to go out and give their all for the jersey every day."

Reflecting on the game at the end of May, the Turloughmore native concluded: "It it was a fairly intense battle right until 50, 55 minutes – there was nothing in it until we got a couple of breaks that allowed us to pull away before the end."