He would have hated the attention but much of the hurling discussion throughout last week focussed on Michael ‘Brick’ Walsh, and on making his 74th championship appearance to become the most ‘capped’ inter-county hurler of all time.

The honesty of Waterford’s performance against Cork on Sunday, in a dead-rubber match for them, was a tribute to the Waterford management and players, but when Derek McGrath spoke beforehand about maintaining a serious integrity for the match, Walsh was foremost in his mind.

"For Michael alone," said McGrath, "in what he has contributed to Waterford GAA, and the GAA in general, we owe it to him as much as everyone else."

After last year’s All-Ireland final, McGrath described Walsh as the "the best team player that’s ever played for Waterford", a claim nobody would dispute. That absolute honesty and unwavering commitment to the cause framed everything about the essence of Walsh’s character. 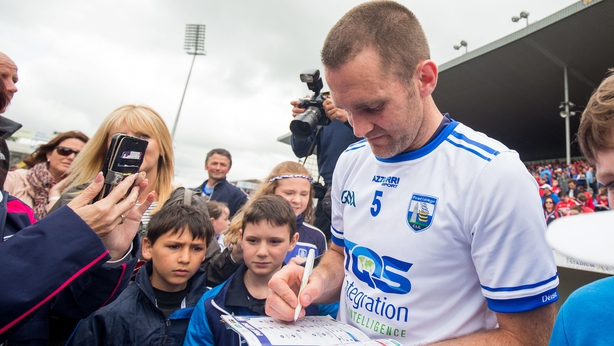 In Waterford’s modern history, the county has produced some brilliant players, some of the most talented and skilful hurlers, and standout personalities, to ever play the game. Walsh would never be categorised in the same bracket for skill, or mercurial talent, or the exuberance of his personality on the pitch, but his value to Waterford has almost granted him an even greater cult status than Paul Flynn, Dan Shanahan, John Mullane, Ken McGrath and Tony Browne.

That cult status has also been enhanced for one particular reason. "Imagine getting a skill called after yourself," said Anthony Daly on the latest edition of the ‘The Sunday Game’ "Every time we coach a team now, we coach the ‘Brick Flick’ where you throw out the ball and you flick it off the hurley instead of the hand-pass. Normally now with the tackling, you can’t get the hand-pass away so ‘Brick’ throws out the ball and flicks it five yards away.

It’s actually something when you get a bunch of U-14s together, you’ll say ‘No hand-passing lads, we’re doing the ‘Brick Flick’.’ And every one of them know what you’re talking about. That is some tribute to a guy."

Stephen Frampton, the former Waterford player and captain, works with Walsh. Frampton has been heavily involved with underage teams in his club, Ballygunner, and he was a selector with the Waterford minors this season.

And he has a different interpretation to most coaches on the ‘Brick Flick’.

"I often say to Michael, ‘You’re famous for that flick, and I hate you for it because I can’t get some fellas to hand-pass the ball because they all want to flick it off the hurley,’" says Frampton.

"I’d be half-saying it to him for a bit of craic but I’m trying to coach fellas to give the ball to the guy in the best position. The ‘Brick Flick’ doesn’t always work with young fellas but Michael had it perfected. And most of the kids in Waterford are copying him."

There are pros and cons to both Daly and Frampton’s coaching views on the practise but the skill Walsh patented further underlines how modern players have never been more skilful.

And how the frantic pace and speed and increasing physicality of the game, demands those new skills off players. 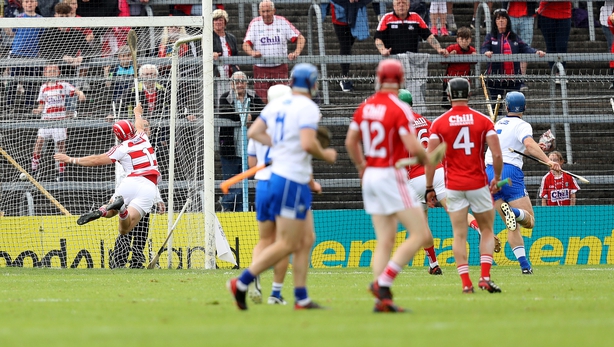 The best score of the game in Thurles on Sunday – Tommy Ryan’s goal - showcased the perfect amalgam of sublime skill, balance, physicality, power, awareness and scoring brilliance that encapsulates so much of the modern game.

Colin Dunford was haring down the line, being chased by Seamus Harnedy, and closed down by Conor O’Sullivan. Having caught the ball twice, Dunford hopped the sliotar off the turf, at pace, straight back into his hand, before turning back and playing a five-yard pass to Jamie Barron, who was surrounded by Daniel Kearney and Luke Meade.

The ball went to ground but, now surrounded by three players, Barron flicked the sliotar one- handed into his paw, just centimetres from the sideline. Kearney tried to drive Barron out of play but, while both of his feet were well over the line, Barron had the power to keep the ball in play.

With three players within a metre and a half of Barron, and with Kearney trying to block him down, Barron flicked the ball over Kearney’s head, pulled it back in before Eoin Cadogan could win it back, before then touching it over Meade’s head. Barron somehow executed those broad range of skills in 1.89 seconds.

Dunford was running laterally across the pitch but as Damien Cahalane moved in to halt his run, Dunford got off the ‘Brick Flick’ to – of all people – Walsh. 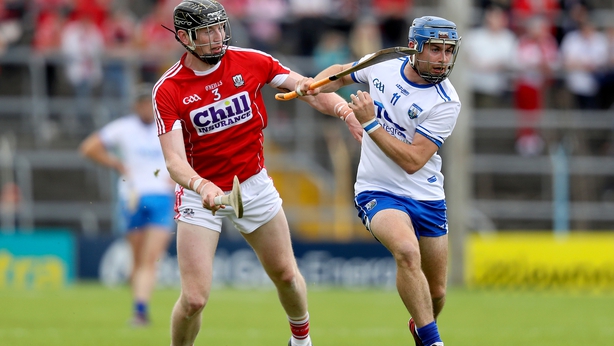 Mark Coleman was ahead of him but Walsh delayed the pass until the right moment before releasing Ryan just outside the 13-metre line. By that stage, there were five Cork defenders inside the 20-metre line, two of which were within two metres of Ryan, but he secured possession and got off an unstoppable shot within .92 of a second, which flew into the top corner past Anthony Nash.

It was an amazing score but the sequence of play in the build-up was as spectacular as the final execution.

Players are supremely conditioned now but being able to perform such skills in combat zones is testament to so much of the modern coaching methodology, where players are over-stressed in small-sided conditioned games, with little or no time to think.

Players have to become much better decision makers now to escape the webs fluidly constructed and designed to tie them up. And getting the ball cleanly away – and into a team-mate’s hand, and in a better position – governs much of the modern game.

Frampton has a point about the hand-pass often being the easiest and quickest way to release the ball in the tackle. Yet hand-passing accurately is one of the most under-practised skills in the game, particularly in the context of how quickly players are shut down now.

A new form of hand-pass has been clearly evident in recent years – particularly amongst the Waterford players – where, when engaged in the tackle, they pop the ball up above their shoulder, around head-height, and pat it away to a team-mate.

It’s a smart technique because it’s easier for the opposition to tie up an under-arm hand-passing action, especially in the tight, and especially with so many players now trying to interfere with the possession hand.

Daly’s point about the ‘Brick Flick’ is also well made because it gives the player in possession more of an option to quickly release the ball away from a gang of arms before flicking it clear with the hurley. 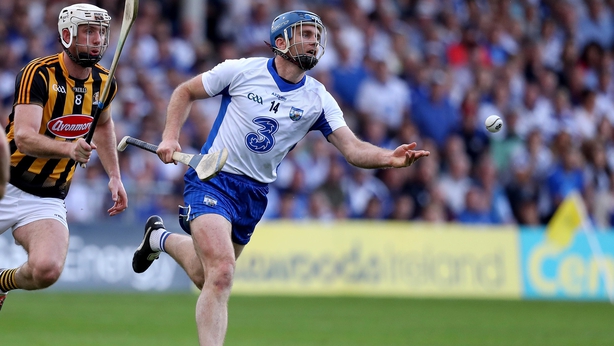 Yet the key component of the skill is to transfer the ball accurately to a team-mate. And that comes down to one basic principle – practise.

Walsh made it a fine art for a number of reasons. He was often able to flick the ball 25 or 30 yards because of the power in his wrists, while Walsh had such control in his striking action because he used the skill so often.

There are always lessons for coaches in studying technique, and how that is then applied to coaching practise. Often, less wrist action is the best form of executing the ‘Brick Flick’ because spooning the ball forward, like playing a straight bat in cricket (albeit with one hand), commands greater control of where the sliotar will end up.

But the more players practise the skill, the greater the range they will have in terms of distance and accuracy.

The subtle nuances attached to Dunford’s ‘Brick Flick’ on Sunday underlined the brilliance of how well he executed the play.

With Cahalane just about to block him down, Dunford still took Christopher Joyce and Colm Spillane out of the equation by playing a 20-metre pass over their heads. Dunford also put the ball in front of Walsh, who was then immediately on the front-foot and ahead of the chasing Cork cavalry, before releasing the sliotar to Ryan.

It was one of the greatest goals of the modern hurling era. And on what may have been Walsh’s last day in a Waterford jersey, it was fitting and apt that the ‘Brick Flick’ was such a key part of the score.