The GAA have confirmed venues and times for round 2 of the All-Ireland SFC qualifiers.

Seven games will take place on 23 June, with the most high-profile being a rematch of the 2016 All-Ireland semi-final between Tipperary and Mayo - that fixture is at Semple Stadium at 5pm and will be live on Sky Sports.

Carlow will hope to repeat their giant-killing exploits against Kildare against Tyrone at Newwatch Cullen Park at 5pm before Sligo host Armagh in Markievicz Park at 6pm.

The Cavan-Down fixture will not take place at Kingspan Breffni Park as the pitch there is being relaid. A venue, expected to be Clones, will be announced at a later date.

Offaly, who bounced back from Leinster elimination against Antrim, welcome beaten Munster semi-finalists Clare to Tullamore at 1.30pm in the only game on Sunday 24 June.

All games will be decided on the day, meaning four halves of extra-time (two of 10 minutes followed by two of five) and ultimately a free-taking competition if necessary. 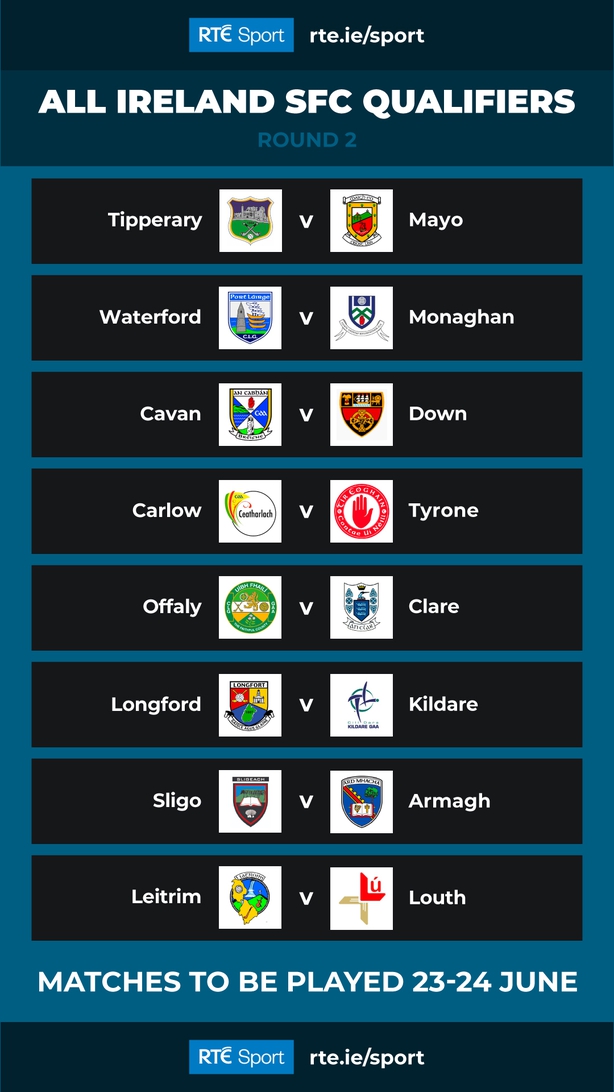