A battle with a dogged and rejuvenated Fermanagh in an Ulster SFC final is the prize on offer in Clones this Sunday, with Down chasing a first championship win against Donegal in eight years.

It was the summer of 2010 when the Mourne men last tasted provincial victory against Donegal, coming away from Ballybofey with a two-point win thanks to Benny Coulter and his 1-04 haul.

Down haven't made successive Ulster finals since the 70s but they can do just that with victory over Declan Bonner's men on Sunday.

Donegal meanwhile can make a sixth decider in seven years - last year Tyrone easily beat them in the semis before hammering Down in the decider - and come into this off the back of wins over Cavan in the preliminary round and then Derry in the quarters.

Bonner said Down are "a different animal" when the championship rolls around but his own side have turned heads this year. After the Cavan game former Dublin midfielder Ciaran Whelan said: "The thing about Donegal is they have potential. They've good quality players."

And they do. Paddy McBrearty has taken his fine spring form into the summer, ably supported by the likes of Ryan McHugh and Michael Murphy. They dropped from Division 1 this year, while Down fell out of Division 2.

Eamonn Burns' men had plenty to spare in overcoming Antrim a fortnight ago but even in a 1-18 to 0-14 win their defence looked a little loose, and Donegal have the tools to fully exploit any vulnerabilities. 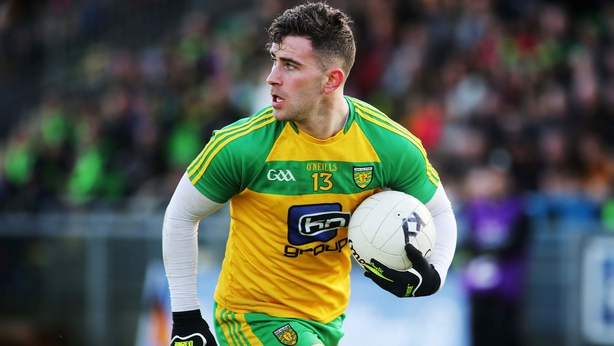 He was terrific against Derry, scoring 0-8 in a six-point win, and his excellence is critical to Donegal's hopes this summer.

McBrearty's scoring got them out of some tight squeezes in the qualifiers last year until Galway blew them away in Round 4, romping to a 4-14 to 0-14 success.

He has 0-12 to his name in their two championship games to date and was outstanding in the league loss to Dublin in February under the lights at Croke Park.

Speaking to RTÉ Sport back in January, McBrearty admitted last summer's shortcomings really pained him and accepted that Bonner needs time time to make his mark. "I was there when we won the All-Ireland, and you see a lot of new faces there now," he said.

"There definitely is a big change there. But your job stays the same. The young lads that came in, they're down-to-earth. They put in the hard yards too. It's going to take a bit of time for them to integrate."

Donegal are expected to return to an Ulster final this weekend. Keeping McBrearty fit and in form may well determine how deep they go into this championship beyond that. 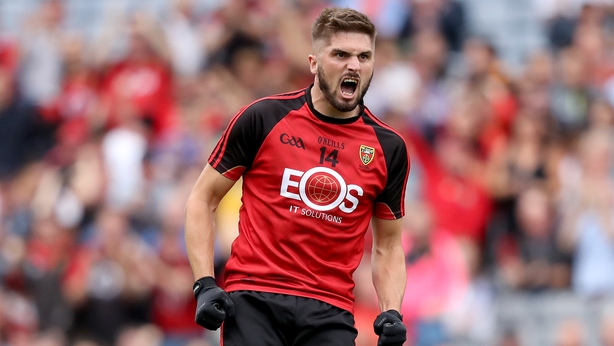 Down really felt Harrison's absence when he served a two-game suspension during the league after he was sent off against Cork.

His physicality and presence give them another dimension, and though Donal O’Hare (0-7) got the lion's share of the scoring against Antrim, Harrison offers so much as a powerful target man.

A breakthrough 2017 campaign was as unexpected for the player as it was for anyone else. Harrison couldn't even see himself getting into Burns' panel let alone the starting 15, but after he was handed a surprise start against Armagh, he never looked back.

Such was Harrison's impact last year, he soon found himself on the receiving end of some special attention from opposing defences, getting double-marked on occasion. Those tactics may dim the 26-year-old's impact but it leaves space for the others to flourish.

A Donegal win would set up a very tasty reunion with their old boss Rory Gallagher, now at the helm in Fermanagh having stepped away in the wake of that qualifier loss to Galway.

His departure saw Under 21 manager Bonner make the step up to the senior hot seat for a second time; he took charge as a fresh-faced 32-year-old back in 1997 for three years.

He was pragmatic about relegation from the top division as he blooded fresh talent with a focus on sharpening the attacking weapons he has at his disposal. This Donegal crop are easy on the eye and cut through a Cavan side who will play in Division 1 next year.

When he took over, Bonner said "we have to expand and we have to change the way we play," describing Donegal as "one-dimensional". He's been true to his word, though it remains to be seen just how far down the road their overhaul is.

It's been a bit of a rollercoaster for Eamonn Burns. Coming into his third championship as Down manager, his side were relegated to Division 2 in 2016, retained that status 12 months later and then dropped again this year.

Sandwiched in between came that fine drive to the Ulster final last summer, when they turned over Monaghan in the semi-final before falling to a clinical Tyrone.

The Farney got their revenge when they ended Down's odyssey in Round 4 of the qualifiers but that run was a shot in the arm badly needed by the county.

Making another final would be another massive lift, especially considering Burns lost players to retirement and work commitments at the start of the year. He'll need a serious effort from his charges to upset the odds.

It's expected to reach around 21C on a sticky humid day in Clones but showers are also forecast.