It's the final round of regular games in the Joe McDonagh Cup and much remains to be decided.

ONLINE
Scores and match reports on RTÉ.ie and the RTÉ News Now App

It's hard to imagine many Laois fans would have believed a month ago you if you told them the prize on the line for their fifth game would be avoiding automatic relegation.

But that's their fate after a miserably disappointing campaign.

The loser of this one goes straight down to the Christy Ring next year and the winner will most likely play the victors of that tournament as the Joe McDonagh slims down to five teams in 2019.

Laois could avoid the play-off and finish fourth if Antrim were to lose to Kerry, however, as they have head-to-head advantage over the Ulstermen.

Laois have named an unchanged side despite a heavy defeat to Carlow last time out. 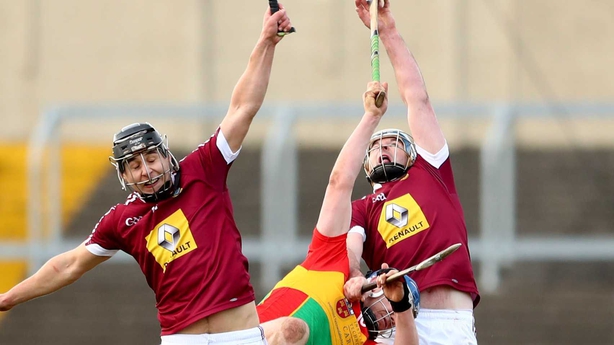 Westmeath are already guaranteed a place in the final after winning their first four games.

They travel to Carlow, who will join them in the decider with a draw or a win.

Speaking to RTÉ earlier this week, Westmeath boss Michael Ryan suggested changes with one eye on the final might be in store, saying: "To play four games in a row is absolutely savage and bordering on ridiculous. If you get an injury now, you could miss the entire Championship. That can't be right.

"A week or two would make a big difference. Players should never have to play three weeks in a row." 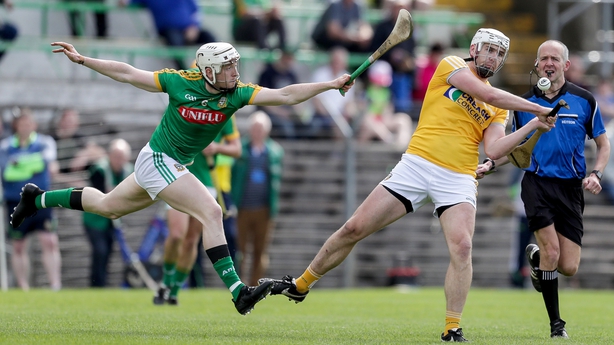 Antrim host Kerry while hoping that Westmeath do them a favour further south.

A win for the Lake County and victory for the Saffrons would put Antrim into the final ahead of Carlow on the head to head.

Kerry don't have a lot to play for except pride. They lost to Carlow on the opening weekend so can't catch them and are safe from the relegation spots thanks to their victory over Laois.

The Saffrons bring in Keelan Molloy for James McNaughton at midfield and Donal McKinley for Eddie McCloskey up front.