Online
Live blog on RTÉ.ie and the RTÉ News Now App from 6.30pm on Saturday and 3.30pm on Sunday.

TV
Live coverage of Down v Antrim on the BBC iPlayer.

Highlights of both matches, along with all the weekend's action, on The Sunday Game, RTÉ 2, from 9.30pm.

For Eamonn Burns and Down, there will be disappointment that they dropped out of Division 2 in the spring. That said, the feel-good factor should still be in evidence after the county got itself up off the floor in 2017. 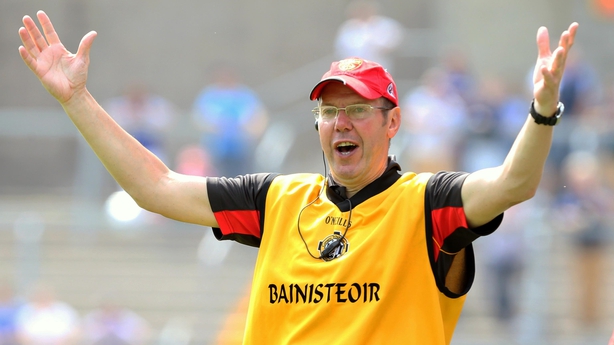 Antrim, under new boss Lenny Harbison, finished third in Division 4, having won four, lost one and drawn one of their six games.

The Saffrons are seeking their first win in the Ulster championship since beating Fermanagh in 2014.

I'm sure the Derrry football faithful and even those from further a field can't believe that the county will be operating out of Division 4 in 2019. That's their lot and as they say you deserve to be where you are after seven competitive games that saw Damien McErlain's side only pick up two wins in the spring.

It's ten years since Derry beat Kerry in the Division 1 final and four years since Dublin were their opposition in the top-tier decider.

Donegal ran out comfortable winners over Cavan in the preliminary round. It was an open, enjoyable game of football where the winners chalked up 2-20. RTÉ analyst Ciarán Whelan feels Donegal are doing many things right, but crucially adds that they need to mind the house that bit more.

Donegal need to get the balance right - still a bit vulnerable at the back - Ciarán Whelan #rtegaa pic.twitter.com/dITj2dkC8k

Derry have failed to score a goal against Donegal in their last five championship clashes. Donegal have scored a goal or more in all five games.

Down to prosper again in the summer heat, and Donegal to get another chance to galvanise their style of play, says the Kerryman.

Weather
Saturday: In the afternoon and evening, showers or longer spells of rain will move into the Southeast and South turning heavy and possibly thundery and some spot flooding is possible. Highest temperatures will range 17 to 23 degrees Celsius.

Sunday: Again warm and humid with highest temperatures typically ranging 18 to 22 or 23 degrees Celsius, warmest across central and northern areas. Some southwestern counties will experience slightly lower maxima with onshore breezes. Some scattered showers early on but they will tend to become more isolated with spells of sunshine through the day, all in near calm conditions. For more go to met.ie