TV
Highlights of both matches, along with all the weekend's action, on The Sunday Game, RTÉ 2, from 9.30pm.

Form Guide
Clare finished third in Division 2 this year after winning three, drawing two and losing two of their seven games. Limerick ended yp sixth in Division 4, with one win, one draw and four defeats. Their game with Wicklow was not played due to the bad weather. 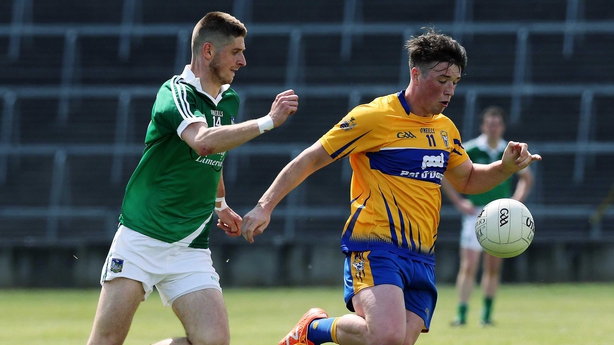 Colm Collins is in his fifth season as Clare manager; Billy Lee leads Limerick into the championship for the second time.

These midwest neighbours  meet for the fourth successive year in the Munster, with the Banner having won by a point last year, three points in 2016 and by two points in 2015. Clare also won in 2012, leaving Limerick seeking their first win over their neighbours since 2009.

Tipperary finished fourth in Division 3 this year, having won three, drawn one and lost three of their seven games. Waterford were seventh in Division 4 after winning one, drawing one and losing four of their six games. Their game with Leitrim was not played because of the bad weather.

Tom McGlinchey is in his fourth season as Déise boiss while Liam Kearns leads Tipp for a third year.

Waterford are seeking their first win in the Munster championship since 2010 when they beat Clare.

No great confidence from McGlinchey 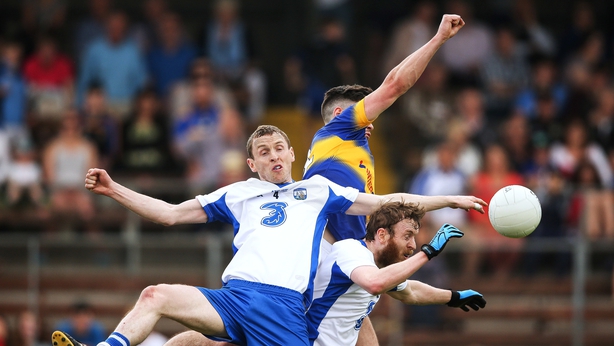 Waterford manager Tom McGlinchey believes his underdogs have little chance of upsetting Tipperary this weekend in the Munster Championship, but has sympathy for his counterpart Liam Kearns.

The sides meet on Saturday for the right to face Cork in the provincial semi-final, with few expecting Division 4 Waterford to get the better of a side that harboured serious ambitions of promotion to the top tier of the League and is being tipped by many to reach the inaugural Super 8s.

Last month Kearns hit out at the scheduling his team faced, with Tipp poised for back-to-back fixtures should they emerge victorious at the weekend.

Speaking to RTÉ Sport, McGlinchey said he does empathise with his friend, but doesn’t see Waterford getting the better of their neighbours.

"Let’s be realistic here, Tipp are probably going to beat us and beat us well," he said.

"In fairness to Liam he probably has the nuisance of having to play us seven days before he plays Cork as he said. I'm saying that because I know Liam Kearns for 25 years, I'm friendly with Liam, this isn't just having a go at Liam.

"Of course there is no talk about us because realistically we shouldn't be beating Tipperary."

Weather
Saturday will be dry with hazy sunshine developing in many areas but there will be some high cloud. Cloud will thicken over the western half of the country during the afternoon and evening with some light rain developing in parts of the northwest during the evening and becoming breezy there also.

Highest temperatures will range from 15 to 20 or possibly 21 degrees Celsius in moderate southerly breezes freshening later. For more go to met.ie.