"Jim Gavin is like a professor of Gaelic football, he is very particular about his own team’s analysis as well as opposition analysis, he’s forensic about everything."

Ray Boyne worked with the Dublin footballers as a performance analyst for 13 years; he’s also been involved with several club teams and has a professional career in the banking world but he has yet to meet a person as detail orientated as the current Dublin footballer manager.

Boyne is no longer involved in the set-up, he has switched codes and now does performance analysis with Pat Gilroy and the Dublin hurlers but to date he has been behind the scenes for all of Gavin’s All-Ireland senior title wins.

"With Jim, from an analysis point of view it’s the more the better, he forensically analyses everything including training games and sessions," Boyne told RTÉ Sport.

"All the information is shared with the players, one of the great things I witnessed in that Dublin team is the way it has become almost self-managing.

"These guys want to analyse more of the game than I would have had time to analyse for them.

"Jim very much gives that ownership to the players and the players then would pursue you for the information and data. They want to learn all the time."

When Boyne first became involved with the senior footballers back in 2004, statistics were very basic. They looked at things like scores and kick-outs, there was very little detail and many questions were left unanswered.

This changed two years later when video analysis was introduced. It revolutionised statistics.

Not only was there live data coming from the games but watching the matches back provided a whole new world of statistics. Players could watch individual clips from the game be shown what they need to improve on.

Over the next decade the statistical analysis of Gaelic games changed utterly with Dublin at the forefront of the revolution, using the information to make players perform better, which ultimately makes the team win.

"We breakdown each individual player's performance and see how they fit into the team performance, we look at how they would improve and what changes they need to make that would allow them to improve the overall team performance.

"It sounds complicated but there is a process and that entails analysing four quadrants of each player’s game. They are the technical, tactical, physical and emotional aspects of the player’s performance. 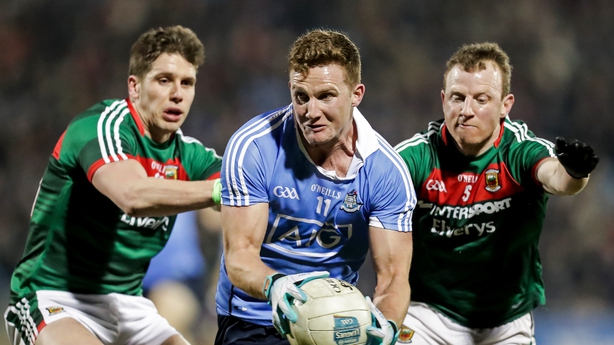 "From a technical point of view we are looking at things like left foot, right foot, left hand, right hand, pass completion rate. We determine the areas that players need to work on technically, as well the areas where they are strong technically and make sure the coach is aware of that.

"From a tactical point of view you can really see this element coming to the fore with the end-zone cameras and the high behind shots.

"We are getting to look at a player's positioning for 74 minutes and how that contributes to the way the team sets-up for the kick-out or puck-out.

"We can see how every single player approaches the kick-out or puck-out for the opposition and then the transitions. We can now analyse and say what part each individual player has in that and what is expected of them.

"For physical analysis with the GPS you can see the number of sprints players make in a game, when they tail off live during the game, you are seeing the distance being covered so you are getting warning signs a little bit earlier of when players are tiring.

"Finally there is emotional analysis, people get nervous they think we are talking about the brain but we are not at that high level.

"What we are talking about is the resilience of players, how good is a player when they make a mistake, are they resilient enough to put that behind them and to make maximum effort when they go into the next play."

Over the years, Boyne has seen several talented players come through Dublin set-ups who haven’t had the mindset and work ethic needed to go the distance. One player who has shown unbelievable longevity and ingenuity is Stephen Cluxton, he has transformed the game of Gaelic football.

"He’s almost turned the Gaelic football goalkeeper position into the role of American quarter-back. What Stephen has done is dictated that once we have possession we are not going to put this possession into  50/50 situation. 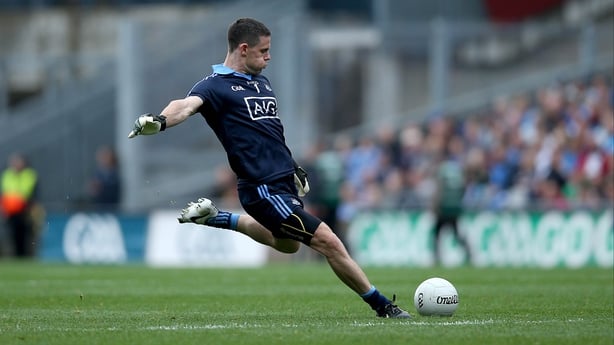 "We are going to set ourselves up in such a way that he is basically the initiator of our offence and the ball is either going to go into the two, four or three if the opposition pull back.

"But if the opposition pull forward he has that pin point accuracy similar to Tom Brady.

He can kick the ball with such a low trajectory to pick either a midfielder, wing forward or wing back, moving at pace into the space where they need to go and now everybody is trying to replicate that."

Boyne felt he couldn't offer much more to the Dublin footballers and stepped away at the end of the 2017 season.

But he wasn't left idle for long, he is now doing a similar role with the Dublin senior hurlers.

Boyne worked with Gilroy during his time with the footballers and they have a good bond and understanding so when he came calling the answer was always going to be yes.

Although the two sports require a different skill set the principles of analysis are the same so making the switch has been straight forward for Boyne.

"Ultimately you are defining what a good team performance looks like and you are breaking it down to how each individual contributes to that performance.

"Then you are taking that away, monitoring it in games and working on it in training. I miss the football and the lads but we are building to the future now with the hurlers and that is an exciting journey to be on."