Donie Kingston was at the heart of an epic Laois fight-back from 1-10 to 0-3 down at half-time to eventually crack Wexford after extra-time in Saturday's Leinster SFC first-round duel at sunny Innovate Wexford Park.

The midlanders would have been left kicking themselves had they lost out having created a bounty of outstanding goal chances while failing to be awarded a first-half penalty against an inspired home outfit.

Indeed, on a night when Wexford celebrated their four-in-a-row All-Ireland senior football winners of 100 years ago, the modern-day side seemed inspired by the heroes of old as they purposefully built a 0-8 to 0-0 lead after 22 minutes with scores from captain Daithí Waters, John Tubritt (2), debutante Glen Malone and Donal Shanley (4).

But Laois finally ended their drought on 23 minutes when Gary Walsh pointed a free moments before the midlanders were left baffled when an apparent penalty offence on Stephen Attride went unpunished to the relief of Wexford.

Wexford threatened to further unhinge the visitors when centre-back Naomhan Rossiter bundled the ball to the empty net on 26 minutes to blow open a 1-8 to 0-2 margin.

And Laois demonstrating determination in going for goals, and were extremely unfortunate on a number of occasions before Wexford extended their lead to 1-10 to 0-3 at half-time as James Stafford and Shane Doyle pointed on their championship debuts.

Laois withdrew Gary Walsh at half-time as Benny Carroll came in with no.11 Donie Kingston switching inside, and Kingston became a key focal-point for the resurrection. He pointed along with Stephen Attride and David Conway as Laois closed to within 1-10 to 0-6 after 40 minutes. 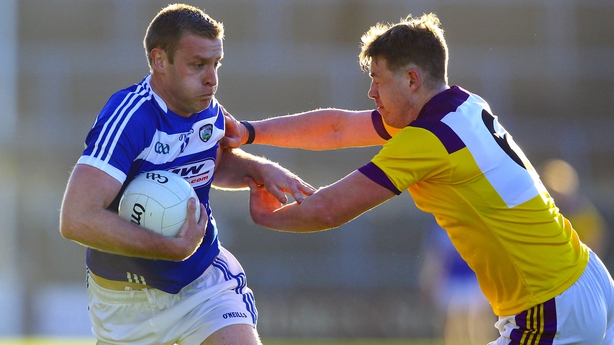 Both sides were denied goals before Wexford found themselves fighting a rearguard action for much of the remainder, and the home-side were grateful for further interventions by goalie Conor Swaine as Laois sought goals.

Nevertheless, the winners fired eight unanswered points to close to within 1-13 to 0-14 after 60 minutes as Ross Munnelly (3), and the Kingstons, Donie (4) and Paul fuelled the fight-back.

Laois ambitions soared when Kingston planted a penalty on 69 minutes to level on 1-14 apiece and set up a truly grandstand finish, which saw Donal Shanley point an injury-time penalty to put Wexford on the brink of victory, before Laois corner-back Gareth Dillon intervened to force extra-time on 1-15 apiece.

Laois quickly imposed their authority as they out-scored Wexford by 1-3 to 0-1 in the first period of extra-time to lead 2-18 to 1-16 at the interval, with Kieran Lillis handing them initiative with a smart goal in the third minute.

It was basically a formality thereafter as Laois set up a mouth-watering May 26th quarter-final against Westmeath, while Wexford must await the Qualifiers on June 9th. 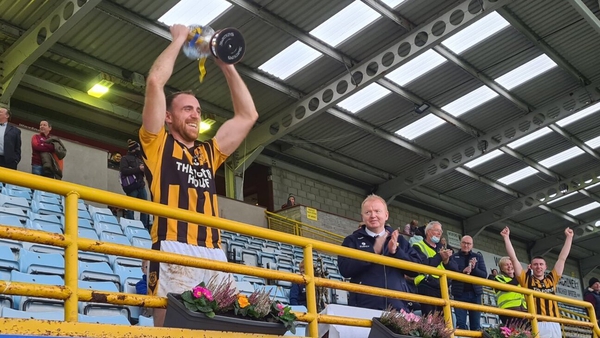 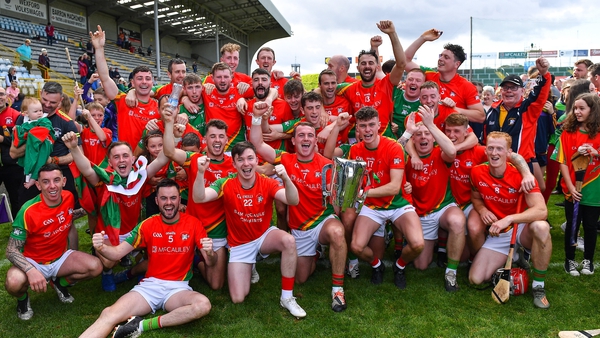