BBC2 NI will have full deferred coverage from 7pm. Highlights of the game and all the weekend's action on The Sunday Game from 9.30pm on RTÉ 2.

The counties had contrasting experiences in this year’s Allianz League. Donegal suffered a major disappointment when being relegated from Division 1 after losing five, drawing one and winning just one of their seven games.

Cavan were promoted from Division 2 (five wins, one draw, one defeat) before losing the final to Roscommon in a game that produced no fewer than eight goals (four each). Mattie McGleenan is in his second season as Cavan manager while Declan Bonner is in his first year with Donegal. 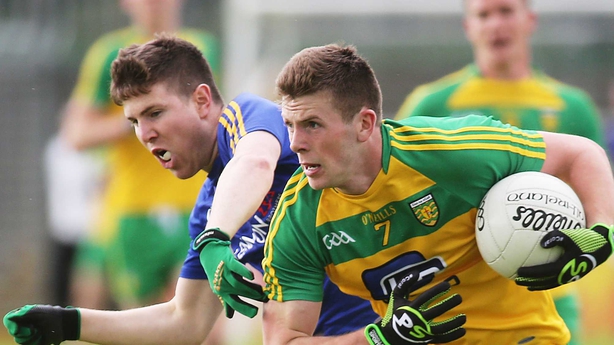 The Killybegs native is developing into one of the most classy defenders in the game. He brings much energy and pace to his game and was part of Declan Bonner's minor side that claimed Ulster success in 2014.

Now in his third year with the senior side, Gallagher praised the current boss for bringing in strength and conditioning to the minor set-up. 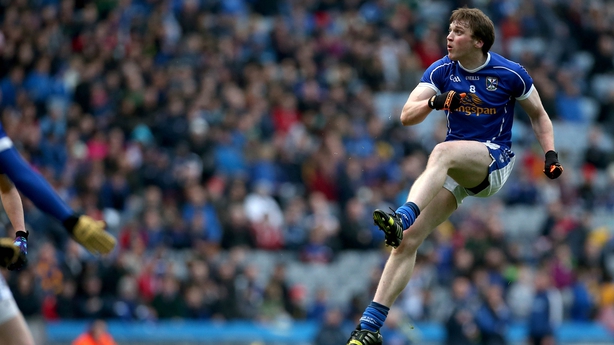 A towering midfielder, very much the driving force in the current Breffni set-up. He's also good for a score and demonstrates the art of fielding often to telling effect. Against Donegal, however, he will line out at number 14. 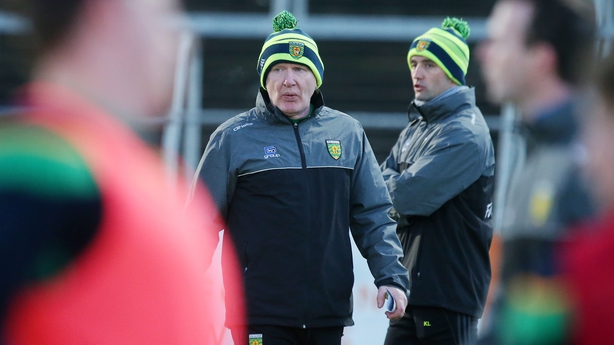 Between 1997 and 2000, Bonner fresh out of retirement took over as Donegal senior manager. The high point back then was getting to the '98 Ulster final. A late Joe Brolly goal put pay to that dream.

His second coming has begun with relegation to Division 2, but that said there was a lot to admire in the way Donegal played at times, particularly in the second-half against Dublin. Getting to an Ulster final and the Super 8s would be a feather in Bonner's cap with his more offensive approach in the months ahead. 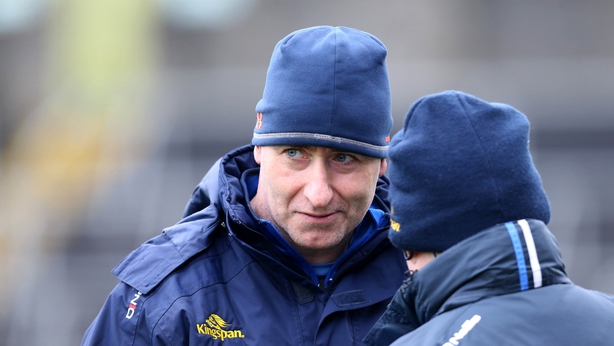 So far so good for McGleenan in his second season in charge after guiding the Breffni back to Division 1. It's very much a case of atoning for last year in the mind of the Tyrone native.

"I felt I didn't do these boys justice in terms of my performance last year and I asked them to give me another crack at it this year. I'm delighted with how we went about our business," he told RTÉ Sport.

"Division 1 is where you want to be. You've got to test yourself against the top teams. It's a fabulous 12 months we've had. It's energised this county. They're mad about Gaelic football and they want the best for their team."

The Kerry great is going for a home victory. "I think Donegal will win. They are not finding that balance of good attacking football while not losing that defensive edge but once they get that balance right, they still have the McHughs, Michael Murphy, Odhran MacNiallais, Patrick McBrearty, and watch out for Eoghan Ban Gallagher, he’s absolutely outstanding."

Sunday will start mainly dry and bright with some sunshine. However, showers will develop again in the afternoon and a few will be heavy. Highest temperatures of 12 to 14 degrees in just light breezes. For more go to met.ie