Monaghan are taking a novel approach to handle the 'club first' agenda, with a little help from the GAA's former director general Paraic Duffy.

Two-time All Star forward Conor McManus says there is widespread support in Monaghan for an inventive new league structure.

Clubs are now playing nine games with their county players and nine without.

"We're the first county to try this.

"It's a progressive idea by Monaghan county board, the clubs voted for it and it seems to be working out. Everyone is happy."

McManus has already played two league games for Clontibret, and will play two more in April before the focus shifts to an opening Ulster SFC showdown with Tyrone on May 20.

In previous years Monaghan had 18 league games, two of three of which were starred games without county players. Generally county players would have played in about 15 of those games.

McManus said: "We would have packed about six of them into a 21-day period around this time, but instead we're playing four five-pointers this month.

"It's a new one, but the point is the club players will get games throughout the summer while we are away with Monaghan."

Duffy, who stepped down from his role as the GAA's Director General at the end of last month, was one of the creative brains behind the attempt to try something new.

McManus said: "When you have someone in Paraic's position, when you think of where he's been and what he's done over the last few years, he has been a good sounding board for the county.

"He is a good man to bounce things off and he would all the time be trying to come up with solutions to problems, because this time of year is always difficult regardless."

McManus feels Monaghan's giant-killing league form could help them make an impact in the Super 8's, providing they get there. 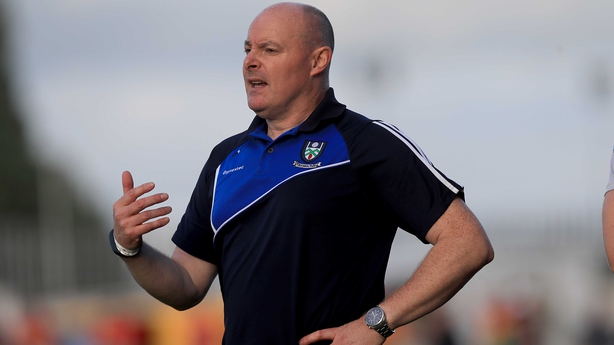 Under Malachy O'Rourke, Monaghan have taken all the big scalps including Kerry and Dublin in the final round of this year's spring campaign in Croke Park.

Although they are two-time Ulster champions in this decade, they haven't threatened the hierarchy come championship.

However a condensed league-type format like the new Super 8s could be a style that suits them.

"It'll be the exact same as the league when you have games week in week out, and that has been our best competition this last number of years.

"I think the league has been the best competition in the country because the best teams are playing each other week in week out.

"Not just in Monaghan, but if you're lucky enough to get on a run and games are coming thick and fast I don't think you'll hear anyone complaining."

GAA star Conor McManus was at the Monaghan County Training Grounds in Cloghan today to launch the GAA Super Games Centre in partnership with Sky Sports.