By John Graham at Croke Park

Dublin had to play the final 20 minutes with 14 men but did enough to hold out and win their 13th Allianz Football League title against a game Galway side in an entertaining final at Croke Park.

Galway, seeking their first league crown since 1981, were in contention throughout but never looked like adding the title to the Division 2 crown they won a year ago.

Galway manager Kevin Walsh will take a lot of hope from the way his men have performed after coming back to the top flight for the first time in seven years but Dublin’s greater experience saw them win their fifth title in six years.

The sides were level five times in the opening half and it was no surprise when they went in deadlocked at 0-08 each.

Dublin, playing with the breeze, only trailed once in that opening half and it took a superb save from Galway goalkeeper Ruairi Lavelle to deny the All-Ireland champions a dream start when Paul Mannion shot on goal after just 15 seconds.

And while Dean Rock and Mannion edged Dublin two points ahead in the opening three minutes, Galway settled and started to build some good moves and got off the mark when Damien Comer was fouled and Barry McHugh converted the resultant free.

Wing-back Johnny Heaney continued his superb form in this league campaign when he went forward for Galway to level the sides after ten minutes.

John Small responded for Dublin before another foul on Comer presented McHugh with another opportunity and he duly pointed the free.

Dublin tried to exploit space as Galway pushed forward in big numbers and efforts from Niall Scully and Ciaran Kilkenny put two between them before Comer reduced the margin to the minimum at the end of the opening quarter.

McHugh pointed another free after Comer was again fouled and then McHugh kicked a superb effort from play to put the Tribesmen ahead for the first time after 21 minutes.

Dublin hit back and struck three in a row with Mannion forcing Lavelle to tip a shot over the bar while Rock punished mistakes by Eoghan Kerin and Heaney with pointed frees.

Five players — three of them from Dublin — were booked during a competitive opening half and the crowd of 36,5724 saw Galway finish the half strongly with Heaney getting his second point and a surging run from Paul Conroy sending them in level at the end of the opening half.

Colm Basquel made a big impact when he was introduced at the break, edging them in front within a minute of the restart before McHugh again levelled with a free for Galway.

But it was Dublin who pushed on, shooting three in a row from Rock, Mannion and Basquel to lead by 0-12 to 0-09 after 45 minutes.

Shane Walsh cut the gap and then the Tribesmen were given real hope when Niall Scully was sent off when he picked up a second yellow card for a foul on Conroy.

McHugh pointed a free and then Walsh tied the game 16 minutes from the end as the big Galway crowd sensed the possibility of a fifth league title.

However, they couldn’t get ahead, with Rock and Comer exchanging points before Lavelle produced a stunning save to deny Rock.

The Dublin sharpshooter pointed the resultant 45 and Kilkenny doubled their lead with nine minutes left.

Comer landed a superb point after 65 minutes but that was as close as they got as Dublin pushed for home with efforts from Philly McMahon and Eric Lowndes putting them a goal in front before Rock sealed it with a late free. 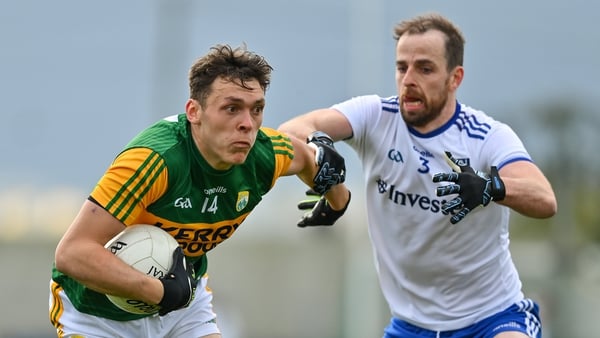 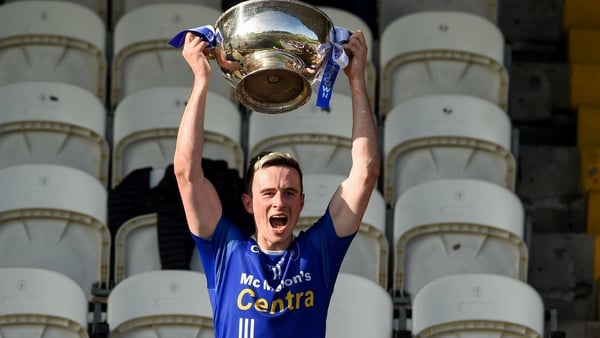 Scotstown return to the summit in Monaghan 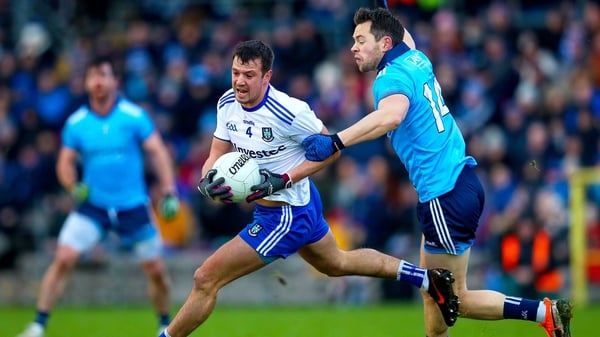 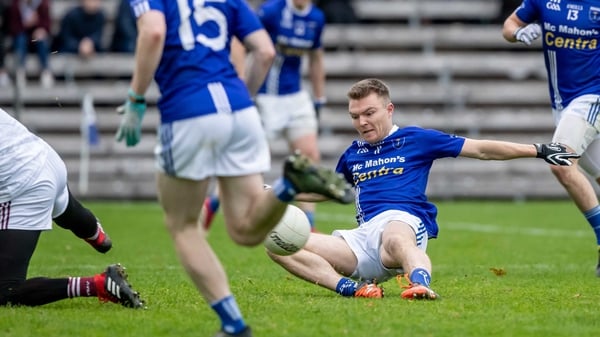 Scotstown march on in Ulster after clinical display