The Munster champions, shocked by Ulster champions Loughgiel Shamrocks at this stage and at the same venue in 2012, trailed by three at half-time.

And they lost Conor Boylan and Tommy Grimes to straight red card dismissals within minutes of the second-half starting.

But they appeared inspired by the challenge and turned on the style to win at their ease with second-half goals from Kevin Downes and Shane Dowling sealing the deal.

The win propels Shane O'Neill's side through to next month's All-Ireland decider against Cuala or Liam Mellows, though Boylan and Grimes will both be suspended after the dismissals.

Limerick's Ronan Lynch top scored for Na Piarsaigh with 14 points, 11 from placed balls, while Mike Casey led a strong defensive display in the second-half and Dowling impressed when brought on.

Slaughtneil came to the Donnycarney venue armed with a vocal support who roared in approval as their team controlled the first-half.

Captain Christopher McKaigue opened the scoring after two minutes and Slaughtneil remained in pole position for the most part.

O'Doherty fired two points before nailing a 16th minute goal for Slaughtneil from a penalty that put clear daylight between the teams.

Dual ace Brendan Rodgers was hauled down by full-back Casey and O'Doherty slammed the resulting penalty to the roof of the net.

Boylan responded with a Na Piarsaigh goal six minutes later when he shot home under pressure from the left, levelling it at 1-04 apiece. 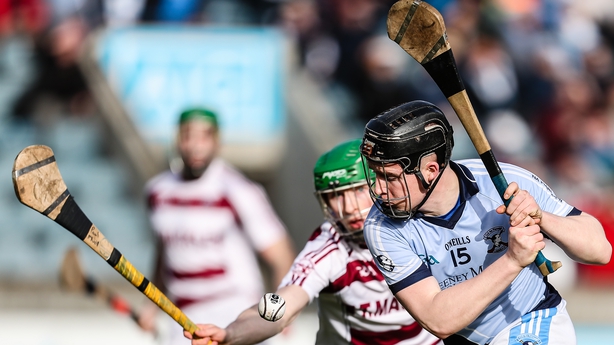 But the Slaughtneil response was emphatic, and indicative of their enthusiastic approach, as they reeled off 1-01 in the following 90 seconds.

Meehaul McGrath thundered over a point before Rodgers this time set up Brian Cassidy for a goal with a great catch.

Slaughtneil deservedly led by 2-06 to 0-06 at half-time and were making a mockery of the 11-point handicap placed on Na Piarsaigh by bookmakers.

Na Piarsaigh were under serious pressure as Slaughtneil also went close for a third goal just before the break when Rodgers was thwarted and hit nine wides in the half hour.

The Limerick outfit responded by drafting in the fit again Dowling at half-time for his first appearance since the county final in October.

But they were remarkably reduced to 13 men by the 35th minute following the dismissals of goalscorer Boylan and wing-back Grimes, both for striking offences.

That left Slaughtneil with the greater numbers but Na Piarsaigh, apparently sparked into life by the losses, stormed clear on the scoreboard.

Lynch converted a succession of frees before Dowling fed Downes for a 41st minute goal that put Na Piarsaigh 2-11 to 2-06 clear.

They were never in trouble after that as they defence improved and shut Slaughtneil out with Lynch continuing to fire over the frees.

Na Piarsaigh's third goal from Dowling was a beauty, putting them seven clear, as he won back possession and flicked the ball up before volleying it home to the awe of the crowd.

Gerald Bradley clawed back a late goal for Slaughtneil but it was mere consolation at that stage.