Eddie Brennan says the spine of Kilkenny’s defence remains a concern heading into 2018 and believes Brian Cody must take a gamble with team selections during the upcoming Allianz Hurling League campaign.

The Cats open their account with a trip to Leeside to take on John Meyler’s Cork, and after a disappointing 2017 Championship when they exited at the second round of the qualifiers, all eyes will be on Cody’s side to see how they bounce back.

Eight-time All-Ireland winner Brennan is looking forward to the early season action and says there are a number of questions surrounding the current crop of players.

"They [Kilkenny] probably haven’t got the strength in depth," he told RTÉ 2fm’s Game On programme. "If there was one player Brian Cody didn’t need retiring it was Michael Fennelly, but he’ll move on quickly, Brian isn’t one to dwell on the past.

"You can argue they are probably in an area of transition, with a lot of young guys he will have a look at."

Cody will be without Paul Murphy and Colin Fennelly as both are stationed overseas with the army and Brennan thinks it will allow new players to try to solve problem areas in the Kilkenny team.

"I think Brian has to gamble a little bit in the League and try new lads out," he said. "I think three and six are probably two of the big problems he has at the moment. That was seen in the last year or two."

Full-back in particular has been an area of concern since JJ Delaney departed the scene, with Pádraig Walsh moved from the half-back line last year.

Brennan, who oversaw the Kilkenny U21’s in 2017, says the answer could come from within his side that reached the All-Ireland final.

"Maybe I’m being a little biased, but I’d love to see the likes of Conor Delaney, who was full-back on the U21s last year, get a go there," he said.

"We haven’t produced a forward of real class since Richie Hogan. That’s a worry"

"I would shove Padraig Walsh and Cillian Buckley out to five and seven. They have brought so much stability there, they work well together and build your team that way."

Goal poachare supreme Brennan,  who plundered 48 goals in an 11-year career with the Cats, says the wait continues to unearth a high-calibre forward to supplement the likes of TJ Reid and Richie Hogan.

"We haven’t produced a forward of real class since Richie Hogan. That’s a worry." 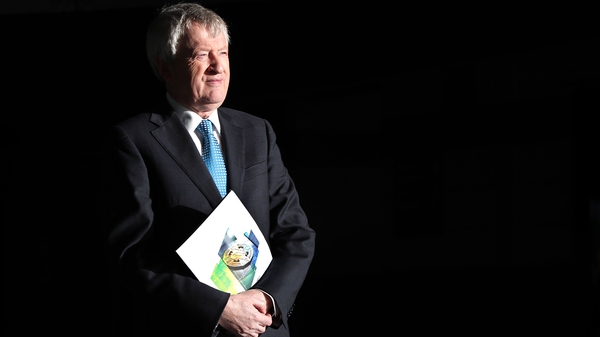