We’re deep into stoppage time in the All-Ireland final and the Dublin lead by one point.

Mayo goalkeeper David Clarke has to go looking for a kicking tee to restart the game. His one seems to have grown legs.

When he looks out he sees his options are limited; there appears to be a blue jersey on top of every green and red one.

Up to this point no black card has been issued. Ciaran Kilkenny then pulls down his man. Off he goes, slowly enough to make sure his team-mates are in place to defend.

Elsewhere in Clarke’s vision there’s wide-scale pulling and dragging. There’s another extension being built to the House of Pain and Jim Gavin’s Dublin have provided all the building material.

Desperate, Clarke sprays out a 50/50 to the wing, it spills over the line, Dublin ball. Game over, insert another 11 months of blood, sweat and tears to continue.

"Reverting to a yellow card to deal with these offences would suit the cynical player and have a very negative effect on how football is played."

The perennial champions were not the only side in those dying moments to resort to cynical behaviour.

"Any man is willing to do what he can for his county. If you were there in the last minute of an All-Ireland final, what would you do," asked Kilkenny rhetorically.

Throw a GPS system at a player kicking a free? Yes, Lee Keegan. Any chance of regret had it put Dean Rock off and Mayo gone on to win? On yer bike.

But if Paraic Duffy, the GAA’s Director General, has his way, actions like Kilkenny’s would be eradicated.

"I did what I thought was best for the team at that moment," said Kilkenny, one of the classiest footballers in the game, afterwards.

He said what almost goes without saying. Every player would commit a cynical foul if it benefits the team.

Despite serious issues with its application, statistics prove that the black card rule, since its introduction in 2014, has led to more scoring and fewer fouls. 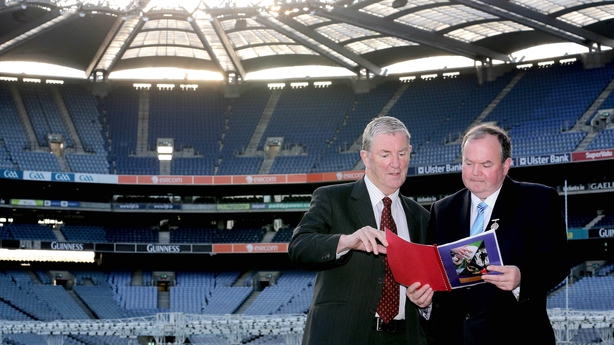 When Eugene McGee and his Football Review Committee proposed the rule they always intended for it to be looked at after three years.

How about awarding a penalty for cynical fouls committed with 10 minutes to play?

Duffy says: "The one aspect of the rule that would benefit from review relates to the relevance and adequacy of the application of the black card in the closing stages of a game when the purpose of the foul is to prevent a score being taken."

This is the crux of the issue. The thoughts of being a man down for a few seconds did nothing to deter Kilkenny et al from making their plays.

However, clear from the young Dub’s statement is that had the punishment been different, more severe, he wouldn’t have taken one for the team.

Had the foul up the field resulted in a penalty, he wouldn’t have risked it.

Duffy added: "The black card may come under review; it is right that we consider whether there is a better way of achieving the aims that led to its introduction and of consolidating the success it has achieved.

"Namely the increase in the total aggregate scores per game, the reduction in the average number of frees awarded per game, and the virtual elimination of the dangerous body collide and deliberate trip.

"Reverting to a yellow card to deal with these offences would suit the cynical player and have a very negative effect on how football is played.

"Application of the black card rule by referees in 2017 was handled better, although the task of the referee is still being made more difficult by players who exaggerate a personal foul to persuade the referee that a black card offence has been committed."

The penalty idea is radical and Duffy hasn’t specifically called for that sanction but how else would you dissuade the players of a team leading by one, two or three points at the end of a game from cynical fouling?

Worth adding to the review is placing jersey-pulling, currently not even a bookable foul, to the list of black card offences.

It would be fairly simple to referee as well.

You can’t accidentally pull someone’s jersey, it’s a decision made to slow down the play or cynically and deliberately put an opponent off.

It’s worth a try.