The first-ever free-taking competition in senior inter-county football contributed to a "pulsating" finish and will crank up pressure on players ahead of the Championship, says Bernard Flynn.

Meath and Longford made GAA history in the O'Byrne Cup when their drawn encounter, after extra-time, had to be decided by five players from each side kicking from the 50 metre line.

Players have the option of kicking from the ground or from their hands, with only Longford shot-stopper Paddy Collum opting for kicking directly off the surface at Navan.

Mark McCabe took the distinction being the first man to score in such circumstances, joined on the scoresheet by team-mate Cillian O’Sullivan as the Royals won 2-1 in frees, as James McGivney’s final free failed to hit the target in the fading light at Páirc Tailteann.

"It was an iconic moment, history in the making. It added huge excitement to the end of the game."

The motion was passed at Congress in September and will be in place for the League and Championship, which will add an extra dimension according to the GAA analyst.

"What I learned yesterday, that 50-yard kick, under that pressure, those guys found it is a lot harder than they originally thought," he said.

"It is going to be some pressure on a player now in a Championship situation, if his team is going to exit, he must put the ball over the bar.

"Either hand. Longford goalkeeper took it from the ground, nine from their hands, three from 10 made it." 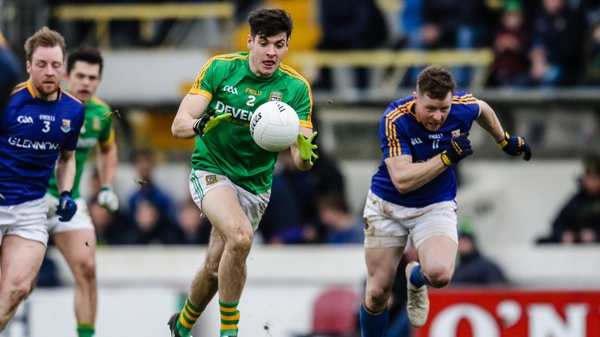 Football round-up: History made in Navan