Wexford manager Davy Fitzgerald predicted Dublin are "a team to look out for this summer" after watching his side edge out the Sky Blues in Sunday's Walsh Cup semi-final at Parnell Park.

The Model men pulled away to a 1-20 to 0-16 victory but the game turned on Paul Winters' 46th-minute dismissal for a second yellow card.

Until then, the Dubs had Wexford on the ropes and Fitzgerald admitted afterwards that the scoreline flattered his team.

"I thought we were poor in the first half," he told RTÉ Sport.

"I thought Dublin were by far the better team. You know what? They'll be a team to look out for when they get the Cuala lads back.

"They've a lot of lads to come back; we're not missing too many. Until they got the man sent off I thought we were under a bit of pressure.

"They're certainly going to be a force. I'm not looking forward to playing them (in the Leinster Championship) in May. It's going to be a tough one." 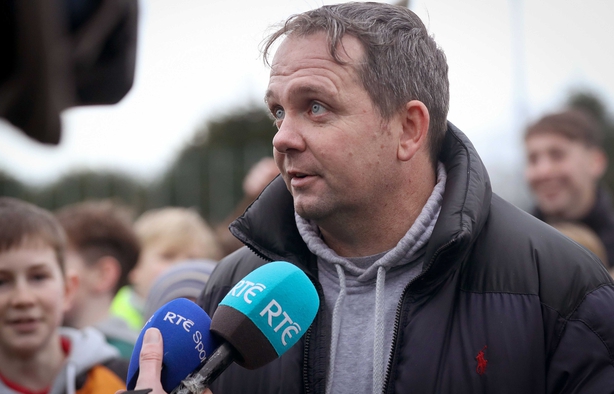 Dublin were 0-15 to 0-10 ahead when Winters walked. Thereafter they lost momentum and ultimately caved, Cathal Dunbar's goal on 54 minutes giving Wexford a lead they would only grow.

Pat Gilroy recognised the Dubs lost their way but overall was encouraged by the display.

"For 50 minutes we were very competitive, we worked very hard," he said.

"You'd have to be happy with lots of aspects of our game, but once we lost a man that dropped off hugely. We gave up cheap ball and had nothing like the intensity we had for the first 50.

"We're learning a lot off these games. It's January. Lads are working hard during the week, you're putting games on them at the weekend and their response to it has been excellent.

"We played lots of games this month. Game by game we;re seeing bits of improvement. That's what you want this time of year."