All-Ireland ladies senior football champions Dublin will play two of their Lidl National League Division 1 games at Croke Park during the forthcoming campaign, and travel to Castlebar for a historic showdown with Mayo.

Following on from the huge success of the Dublin-Mayo clash at Croke Park last March, the first time ever that the venue had hosted a ladies league tie, the Sky Blues will entertain Division 1 title holders Cork at HQ on Saturday 10 February, and Kerry on Saturday 3 March.

The February date pits the current All-Ireland and League holders against each other in a mouthwatering showdown which will be the curtain-raiser for the men’s game between the Dubs and Donegal.

On 3 March, Kerry are the visitors to Drumcondra, ahead of the men’s fixture between the two counties.

Another huge game to look forward to takes place on 24 February, when the Mayo ladies play at MacHale Park before their male counterparts go into battle.

Mayo will entertain Dublin in a repeat of  last year's senior final between the counties, before the men’s teams renew acquaintances in Castlebar.

In a groundbreaking development, the Mayo ladies senior footballers will finally have the opportunity to appear on a double bill with the men. 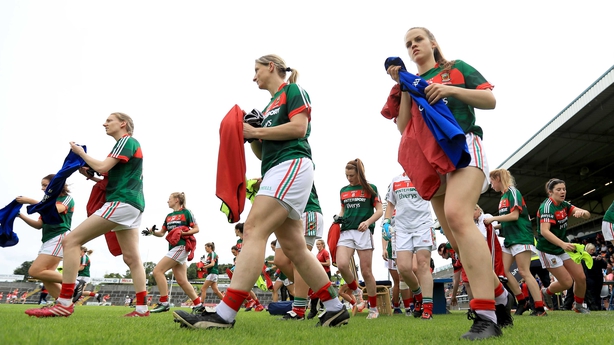 In total, eight Lidl NFL ties are set to serve as curtain-raisers ahead of matches involving the men’s teams from the host counties.

Monaghan will welcome Kerry in Division 1 on Sunday 11 February, before the Monaghan men take on Kerry at Páirc Grattan, Inniskeen.

On the same day, Connacht champions Galway tackle beaten All-Ireland finalists Mayo at Pearse Stadium in Salthill, before the Galway and Mayo men battle it out.

In Division 2, Armagh, Cavan and Tyrone will get the chance to line out in home fixtures ahead of the men’s teams from the respective counties.