Cora Staunton signed off in style ahead of her Australian adventure by captaining Carnacon to a sixth All-Ireland senior ladies club football title at Parnell Park on Sunday.

Staunton collected seven points and lifted national silverware for the Mayo club as Cork opponents Mourneabbey lost in the final for the third time in four seasons.

Runners-up in 2014 and 2015, and beaten semi-finalists last year, Mourneabbey suffered heartbreak again, as Carnacon won the title for the first time since 2013.

Carnacon won out in a real war of attrition, finishing the game with 13 players when Claire Egan and Michelle McGing were sin-binned down the home straight.

Mourneabbey finished a player light themselves, as full-back Cathy Ann Stack was yellow-carded for a late challenge on Staunton in the 57th minute.

In greasy conditions, and with both sides conscious of keeping things tight, it was an arm wrestle for much of the first half, as Carnacon went in 0-7 to 0-4 in front.

Staunton, who was captain for the team's first All-Ireland in 2002, had two points on the board by the interval but fellow long-serving county star Martha Carter played a big part too, landing two points from play. 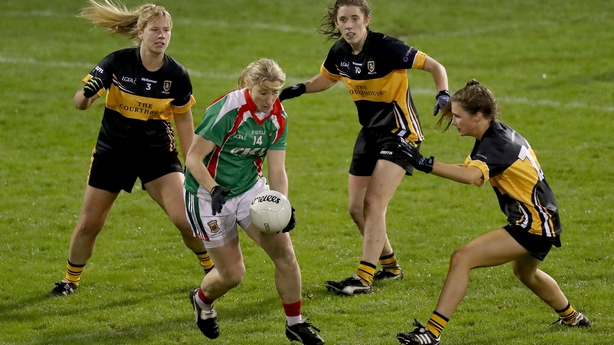 And from start to finish, Fiona McHale kept the Carnacon machine ticking over, producing another player-of-the-match performance to rival her displays in the Connacht final replay and All-Ireland semi-final victory over St Macartan’s.

But Staunton, who flies out on Tuesday morning to link up with the Greater Western Sydney Giants in the Women’s AFL, was the name on everybody’s lips.

And despite going down injured for a period of time in the second half, Staunton picked herself up to help drag her team over the line.

Carnacon didn’t help their cause by registering eight first half wides and they had a let-off six minutes before half-time when Doireann O’Sullivan rattled an effort off the upright, when a goal looked certain.

Carnacon lost Doireann Hughes to the sin-bin soon after, however, and that allowed Mourneabbey to slowly work their way back into contention.

Points from Roisin and Ciara O’Sullivan cut the gap to six, before a Staunton free left Carnacon 0-14 to 0-7 clear. 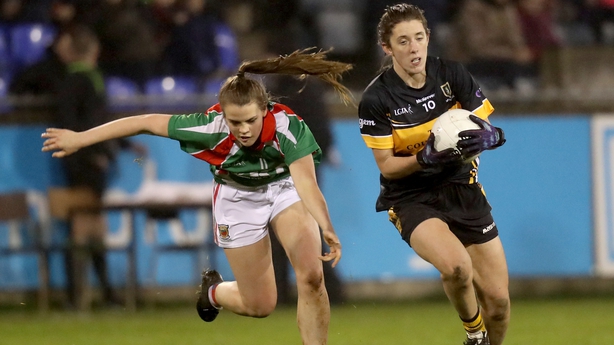 Mourneabbey were back in business when Ellie Jack pointed before Bríd O’Sullivan played a one-two with Laura Fitzgerald and rifled a low shot to the net in the 48th minute.

Mourneabbey were now just three points behind – 1-8 to 0-14 – but Staunton settled Carnacon nerves with a fisted point.

Fitzgerald brought Mourneabbey to within three again and they smelled a late revival when Egan was yellow-carded.

Stack’s challenge on Staunton levelled numbers on the pitch but Carnacon were down to 13 players when McGing was sin-binned.

Doireann O’Sullivan put over a 59th minute free to leave just two points between the sides – but Carnacon, who had other big attacking displays from Amy Dowling and Aoife Brennan, held out for another national success.