A great start proved far more than half the battle for Cuala, who cruised to victory and back-to-back AIB Leinster club SHC titles in Portlaoise.

The reigning All-Ireland champions raced into an 11-point lead and comfortably repelled the anticipated second-half fight-back from the 2013 All-Ireland finalists.

Kilcormac-Killoughey left themselves with a mountain to climb after their terrible start and were reduced to 14 when goalscorer Conor Mahon was red carded before the interval.

David Treacy top scored for Cuala again with 10 points, all from placed balls, while dual ace Con O'Callaghan helped himself to 1-02, all in the first-half.

Colum Sheanon and Colm Cronin scored three points each as Cuala, for the third game in a row, hit a 26-point tally in the provincial competition, split evenly into 13 points per half.

It was another of those efficient displays that they've become known for and they will advance to play Galway champions Liam Mellows in the All-Ireland semi-finals on February 10. 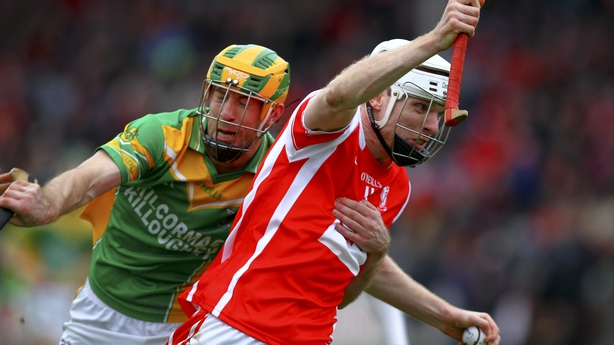 Bookmakers had placed an inviting seven-point handicap on Cuala to overcome the 2012 winners yet the south-Dublin outfit had this covered after just 15 minutes.

They couldn't have asked for a better start and put 1-08 on the board before Kilcormac-Killoughey hit their first score.

That was a Ciaran Slevin point and Mahon added a goal just seconds later to suggest that it mightn't be such a one-sided contest after all.

But Cuala still led 1-10 to 1-02 at half-time and looked entirely comfortable around the field.

O'Callaghan, with 2-6 from his previous two outings, represented the sharpened point of their attack and took off on a trademark solo run towards goal just seconds into the contest.

He was bottled up on that occasion but took just 12 minutes to hit the net for the third game running.

He latched onto a long delivery from Sean Moran down the left, spun away from full-back Ger Healion and blasted a shot that deflected in off the 'keeper. 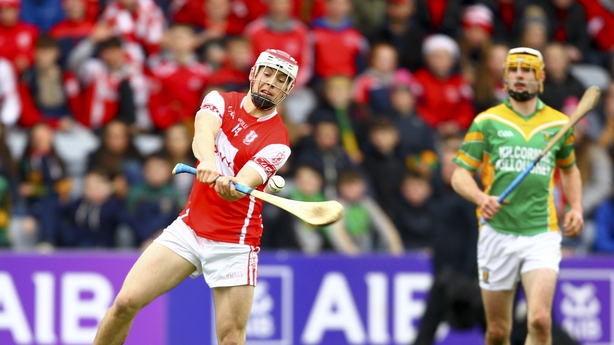 Enda Grogan was switched onto O'Callaghan after the goal concession with Healion operating as a sweeper in front of the full-forward.

That first Kilcormac-Killoughey score came in the 25th minute and Slevin pointed another free in injury-time.

But they didn't score a point from play until early in the second-half and the first-half ended in frustration for Mahon, who was shown a straight red card for an incident involving Oisin Gough.

Kilcormac-Killoughey improved in the second-half but failed to convert a 38th-minute penalty when a goal would have brought the deficit down to just five points.

Ciaran Slevin was also denied a goal though Cuala rarely looked troubled and picked off the points at their leisure in the final quarter of the game to win with 14 to spare.

David Treacy was excellent on the frees and Jake Malone, Darragh O'Connell, Brian Fitzgerald and Sheanon all kept the scoreboard ticking over.

The win was even more impressive as key forward Mark Schutte missed the game again through injury having not featured since the county final due to an ankle injury.