In 2010, the Cork side claimed provincial glory as they outlasted their Killarney opponents in a game of two halves in Mallow, but this was less dramatic as Nemo led from the 13th minute, an unanswered six-point burst giving them an 0-08 to 0-03 lead by the 19th minute.

Connolly had six points in that first half, with Paddy Gumley also influential, and Nemo would have felt that their 0-09 to 0-05 half-time lead didn’t do their dominance justice.

Twice, Connolly was denied a goal by brilliant Shane Murphy saves while early on corner-back John Payne got in blocks to deny Barry O’Driscoll and Paul Kerrigan.

After the first goal chance, Colm Cooper and Brian Looney brought Crokes back to within three points, but those scores sandwiched Connolly’s other goal effort and the attacker’s free ensured that Nemo led by four at the break.

That advantage expanded to six in the early stages of the second half, with Gumley and Connolly on target, but Crokes threatened a revival as they reeled off four points in a row.

Daithí Casey, Cooper and Looney were on target, but Casey and Cooper were also wide with frees, and on the three-quarter mark Paul Kerrigan’s good run drew a free, which Connolly converted. 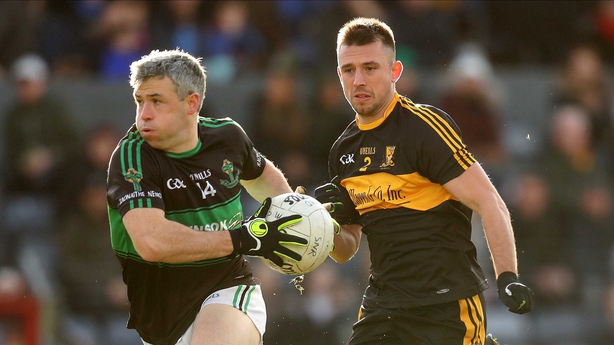 From the restart, Alan O’Donovan fed Connolly for his ninth and then Alan and Stephen Cronin combined to set up Kerrigan, who was somewhat unlucky to see his shot hit the crossbar and go over.

Casey pulled one back for Crokes but then they lost Kieran O’Leary to a second booking and Connolly responded. Sub Jordan Kiely made it a four-point game again and Crokes had a glimmer of a chance when sub Tony Brosnan had a sight of goal but Micheál Martin saved and sub Conor Horgan made sure of Nemo’s win.