By Paul Keane at Aughrim

Eanna O'Connor gave an exhibition of free-taking in atrocious conditions to propel Kildare champions Moorefield through to the AIB Leinster club SFC final.

The Kerryman, son of legendary Kingdom manager Jack, who is part of Moorefield's backroom team, picked off eight crucial points in a rain-sodden Joule Park, Aughrim.

Five of his points came from placed balls in the second-half as Moorefield, level at half-time, pulled away from the Wicklow side that memorably beat holders St Vincent's of Dublin in the quarter-finals.

But it wasn't a great day for all the O'Connors as Cian, Eanna's brother, was sent off in the 37th minute for a striking defence, making Moorefield's second-half display all the more impressive.

Niall Hurley Lynch was excellent for the Newbridge outfit also, scoring 1-03, while Mark Dempsey glossed the scoreline with a 63rd minute goal for Moorefield.

Their reward is a provincial final outing on December 10, though Cian O'Connor will miss that game through suspension.

Moorefield got a boost before throw-in when Daryl Flynn was named to start after missing the quarter-final win over Portlaoise through suspension himself.

The former Kildare midfielder was red carded in the Kildare final win over Celbridge but returned to partner Cian O'Connor.

Moorefield started with gusto and raced a goal ahead after just four minutes.

Hurley Lynch got the goal though it was an excellent diagonal ball in from Eddie Heavey and there was some fortune too as his shot was deflected in off Paul Merrigan.

Corner-back Merrigan found the going difficult early on as Hurley Lynch won a free off him, which Eanna O'Connor converted, to leave Moorefield 1-01 to 0-00 ahead.

Hurley Lynch scored two more points in the half though Rathnew enjoyed a strong 20-minute period when they outscored the visitors by 0-05 to 0-01 to level the game up.

Evergreen captain Leighton Glynn was excellent for the Village too though they slipped behind again when Ian Meehan and Hurley Lynch pointed for Moorefield who led by two entering injury time.

A deflected goal for Rathnew, which ultimately left the sides tied at the break, 1-05 to 1-05 was a decisive score.

Glynn played in Graham Merrigan down the left and his shot after a probing run deflected in off a Moorefield defender.

Moorefield were rocked twice in quick succession after the restart. First Eanna O'Connor whacked a shot off the left upright and then his brother, Cian, was sent off for striking Glynn.

Rathnew lost Eddie Doyle to a black card for a challenge on Hurley Lynch soon after as the game grew tense in difficult conditions.

Moorefield held their nerve in the pressure cooker environment to surge 1-10 to 1-06 ahead but were suckered by a second Rathnew goal.

James Stafford, the star of Rathnew's win over Vincent's, was hauled down and Glynn converted the spot kick.

But three more Moorefield points, all converted frees by O'Connor, put daylight between the sides again as Ross Glavin's side led 1-13 to 2-06.

Dempsey then struck in injury-time for Moorefield's second goal after a neat one-two with Heavey. 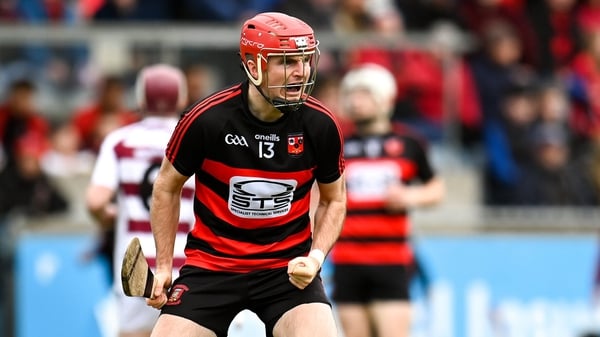 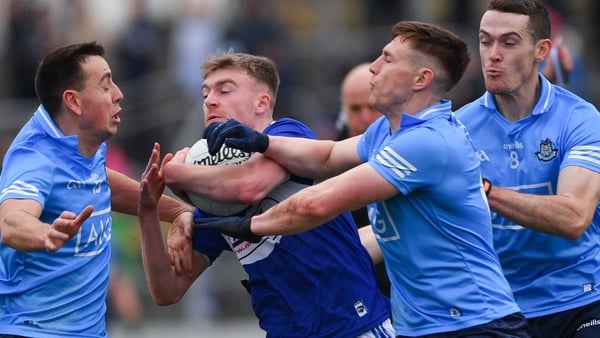