Dual star Con O'Callaghan shone again with 1-03 for Cuala as the AIB All-Ireland club hurling title holders cruised through to another provincial decider.

The reigning Leinster club Hurler of the Year and national Young Footballer of the Year had a hand in all three goals as Mattie Kenny's side comfortably qualified for the December 3 final, which will be against Offaly champions Kilcormac-Killoughey.

It's the Dalkey outfit's third provincial decider in a row and they'll fancy their chances of retaining their crown after digging deep for another impressive win at Parnell Park.

They dismissed the Kilkenny champions, Dicksboro, at the same venue in the quarter-finals and were in control this time after scoring two goals in a 90-second period mid-way through the first-half.

Jake Malone scored the first after good work by O'Callaghan while the newly crowned football All-Star scored the second himself.

It was a rough afternoon for St Martin's who finished with 13 players following the second-half dismissals of Michael Codd and Jack O'Connor. 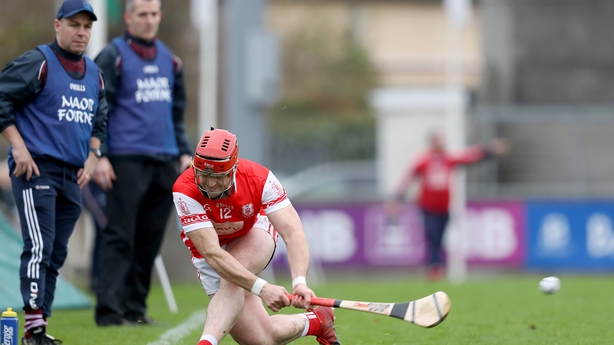 Mark Schutte, the former Dublin hurler who switched to the football setup earlier this year, missed out again for Cuala.

The experienced attacker was originally named to start at corner-forward but continues to be rested with ankle trouble.

Nicky Kenny took his place and slotted two of Cuala's first three points as the sides traded scores up to the 19th minute.

St Martin's led by 0-05 to 0-04 at that point with all of their scores coming from free-taker Joe Coleman, who replaced Rory O'Connor in attack and gave an exhibition of point scoring throughout.

O'Callaghan is capable of changing games in an instant though and was involved in Cuala's opening goal before scoring one himself just seconds later.

The ball broke free of a rampaging O'Callaghan for the first goal, allowing Malone to strike home the follow up, and the UCD student netted himself with a clever improvised finish after a solo run soon after.

Suddenly, Cuala led 2-04 to 0-05 and were in the driving seat though the visitors dusted themselves down after the horror 90 seconds and got back into the game.

Both sides scored three more points each before the break to leave Cuala with a 2-07 to 0-08 advantage at the interval.

St Martin's, with veteran Wexford footballer Ciaran Lyng in attack, felt they were well in the game and cut the deficit to four after the restart through sub Darren Codd.

Cuala turned on the style in the closing 20 minutes or so, however, with O'Callaghan central to the improvement.

He escaped St Martin's corner-back Willie Devereux three times in under two minutes for points on each occasion and then played in Cronin for a 50th-minute goal that settled it.

O'Callaghan, elder brother Cian and Cronin were all replaced in the closing stages as boss Kenny ran in his full allocation of substitutes with next month's final in mind.

Brian Fitzgerald and Niall Carthy, both introduced late on, claimed a point each as Cuala ran out easy winners.