Cork hurling manager John Meyler will seek the services of Eoin Cadogan for the 2018 hurling season.

The Douglas man battled injury last year but lined out for the Cork senior footballers in the qualifiers against Mayo.

He is currently in Australia on international rules duty and when he returns Meyler hopes to lure him to the hurling set-up.

"He is concentrating on the Australian rules but he will be back in two or three weeks' time and we will talk to him then," Meyler told RTÉ Sport.

"He is a superbly fit athlete and he would add to the panel. He was involved with me with the under-21 hurlers last year.

"He is very positive, a very good role model and a very good lad to have around the place in terms of the younger players, he could make a contribution this year.

"He has vast experience and these kinds of guys are going to be critical in the Munster championship, when there are four matches in five Sundays.

"One of the main problems is that you can’t risk players. If they are slightly, injured they are not going to be available to you the next Sunday and the following Sunday." 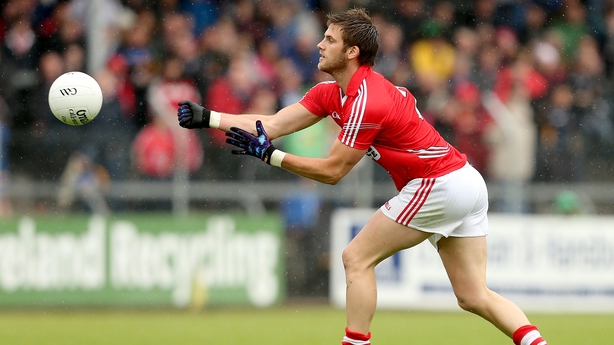 In the past, Cadogan has lined out with both the Rebel hurlers and the footballers. However, in recent years he has focused solely on the bigger ball.

His brother Alan is a key player for the Cork hurlers. Although the older Cadogan has proven himself in both codes, Meyler feels that being a dual player isn't an option in the modern game.

"I can’t really see players playing dual because the set-ups are so specific now, the amount of training, detail and management that goes in.

"You are playing defensive in football, 15 behind the ball, in hurling you are playing more open hurling, and I don’t think it’s feasible to do both in today’s environment."

Meyler plans to blood new players in the Munster Hurling League, which he sees as a good platform to test out players before the Allianz League starts.

"This time last year there was no expectation with Cork"

Cork won the Munster championship in 2017 and went on to reach the All-Ireland semi-final but suffered a heavy defeat to Waterford. This elevated standing in the pecking order brings pressure and expectation.

"This time last year there was no expectation with Cork because of 2016 but after the results last year the expectation that will be on us on the 27th of January against Kilkenny will be massive.

"It’s how you deal with that and manage that, you get the players to play, that’s critical. All of us have been there on numerous occasions you just manage it really.

"Galway have stolen a competitive advantage in the last year, I think Tipperary will reorganise and refocus and I think they will come back harder again. In Leinster, you have Pat Gilroy going to Dublin and Davy Fitzgerald in year two in Wexford.

"It's probably a level playing field behind Galway but the gap isn’t that big as Waterford have shown. It really looks an exciting hurling championship this year.

"It’s critical all these teams put their best foot forward and with the new format of the Munster and Leinster championship there is going to be real pressure on panels as distinct from the same 15 week in and week out."

When previous Cork manager Kieran Kingston resigned from the post earlier this year after just two seasons in charge, he cited the increased level of commitment needed for inter county management as his reason for opting out.

The demands of the job are something that Meyler is aware of and has prepared for.

"You have to be smart, to be organised and you need to trust the management that you have so that it is not so much about the manager, it’s about the team you have around you.

"I’m lucky that I have a good team, they have a critical input, you have to empower them and delegate and let them get on with their part of the work."

Meyler's son David played for the Republic of Ireland against Denmark in their World Cup qualifier at Aviva Stadium. Martin O'Neill's side lost 5-1 and the Cork-man was was substituted at half-time.

"I met him on Tuesday night, he was shattered, it’s very hard to take after their performances against Austria, Serbia, the fantastic performance against Wales. 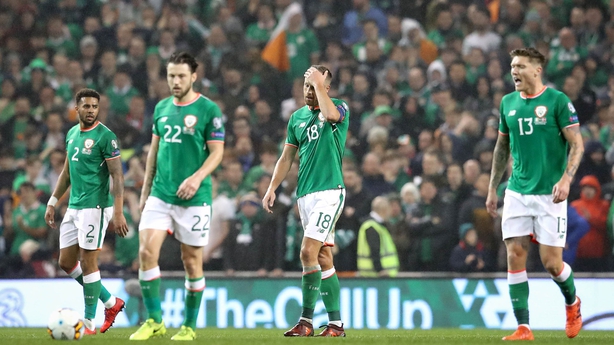 "To see it go the way it did was heart-breaking and the contribution that the likes of John O’Shea, Wes Hoolahan, Glen Whelan, Daryl Murphy, Jonathan Walters, all the older fellas have given over the years and then to see Tuesday night, it’s hard to look at that and see them go out on that defeat.

"I’ve been involved in those situations in hurling when you have got a hiding and it falls apart and you want to crawl away.

"The criticism is part of it. You have to be able to learn from it and develop it. Nothing in life is easy, sport is cruel and Hull have five matches in 15 days - you just got on with it that’s life."