Ballygunner advanced to a Munster SHC semi-final meeting with Simxilebridge following a magnificent tussle with Thurles Sarsfields at Walsh Park, which was ultimately settled in stoppage time at the end of extra-time.

Late points from substitute JJ Hutchinson and a composed effort from co-captain Pauric Mahony saw Fergal Hartley’s men home following 80 gripping minutes during which all bar one of the starting forwards on both teams scored from play.

At half-time in normal time, Ballygunner led by 1-8 to 0-8, the goal fortuitously conceived after 20 minutes after Pauric Mahony’s 70-metre free dropped into the Sarsfields net after the sliotar slipped through Padraic Maher’s grasp.

In welcome sunshine before a 2864-strong crowd, the Waterford champions produced the better level of hurling in the opening half hour, during which only three from the total of 17 scores came from a dead ball. 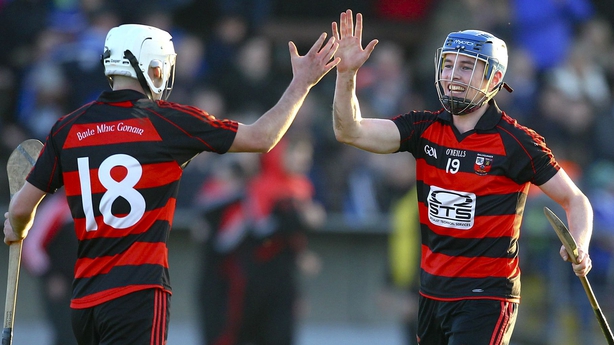 But Pauric Mahony landed further points in the 10th and 12th minutes to restore parity. McCormack and Corbett restored Thurles’s two-point lead by the end of the first quarter before Brian O’Sullivan outjumped Michael Cahill to turn over a superb 18th minute point.

Mahony’s goal proved the next score, followed immediately by David O’Sullivan’s excellent effort from the left flank to leave the Gunners three clear by the 21st minute. Conor Power and Denis Maher traded points in the 24th and 28th minutes before the outstanding Pauric Mahony closed the first half scoring with a 65-metre free. 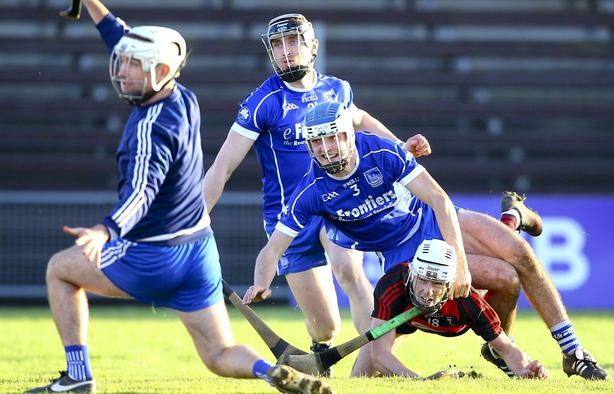 A gripping second half saw Thurles chasing the game somewhat but demonstrating great resolve to take matters to extra-time. Conor Stakelum maintained his goalscoring streak when scooping the ball beyond Stephen O’Keeffe after 44 minutes to send Sars ahead, after the All-Star nominee had brilliantly thwarted Billy McCarthy’s goal-bound effort.

But Ballygunner rallied, primarily through the accuracy of Pauric Mahony to retake the lead, with Shane O’Sullivan and Peter Hogan sending them two clear heading into injury-time.

Yet Sars, who edged out Ballygunner by a point at the same stage a year ago, yet again dug deep in the four additional minutes, as points from Stephen Cahill and Lar Corbett sent this gripping contest into extra time. But ultimately, the Gunners edged out Sarsfields in what must rank as one of the finest club contests staged at Walsh Park for many years.