This was the first meeting of the sides in the county final for 80 years and Dicksboro took the honours thanks largely to a remarkable first-half, where six goals were shared between the teams.

But points seemed to fall easier to the eventual winners in the first period, and despite a Matthew Ruth goal 12 minutes from time James Stephens could never close the gap sufficiently.

Dicksboro were marshalled superbly by Cillian Buckley at centre-back, but the honour of the clinching score fell to substitute Paul O’Flynn seconds after his arrival in the final minute.

Remarkably James Stephens reached this final after they fired an impressive 3-11 past Ballyhale Shamrocks in the second-half of their semi-final win, but they soon knew what that felt like themselves when a rampant Dicksboro fired exactly the same score in the first-half in the final. 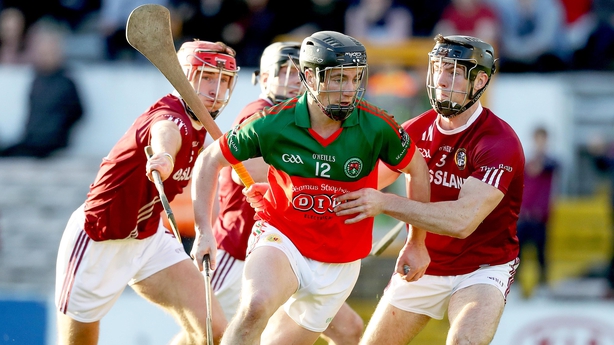 It was a crazy first 30 minutes at Nowlan Park. Bill Sheehan hit the first goal in the third minute when he somehow climbed higher than Niall Delaney to gather Ollie Walsh’s long delivery – there was a hint of a foul on the defender.

But a couple of quick scores from Mikey Drennan made it 1-01 to 0-03, although former Dublin senior Shane Stapleton hit back with two frees for Dicksboro.

In the 12th minute Kilkenny U-21 Luke Scanlon hit an incredible goal from a tight angle off his stick, which levelled the game, but the nine-time champions were unable to back up that score.

Instead Dicksboro went on a scoring run to dream of as they hit an unanswered 2-6 in eight minutes.

Robbie Fitzpatrick started that run with a point immediately after Scanlon’s goal, but Oisin Gough’s fine goal – Derrick Brennan had denied him moments earlier with a great save – and points from Stapleton, Thomas Kenny and Martin Gaffney ensure Dicksboro were well on top.

Their third goal came in the 20th minute when Oisin Gough was left all along on the left and he had all the time in the world to fire Eoin Gough’s pass past Brennan. When the scoring run ended Dicksboro led by 3-10 to 1-04. 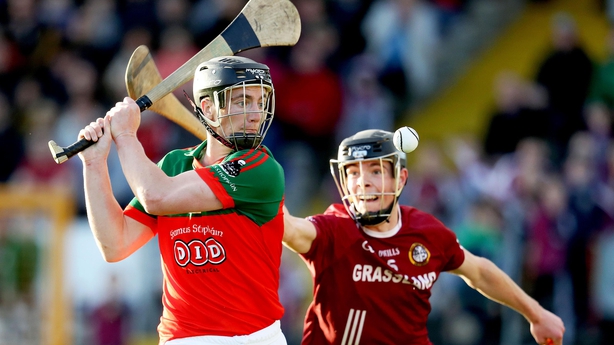 The final ten minutes of the half certainly belonged to The Village though. David Walton’s free finally ended the hellish ten minutes for James Stephens, and when the same player first-timed Tadhg O’Dwyer’s pass to the net only eight points separated the sides.

And three minutes from the interval that lead was cut to five points. Darragh Holohan denied Conor Browne with a great save, but O’Dwyer brilliantly flicked the rolling ball into his hand, turned and struck a superb goal.

That double strike meant Dicksboro’s lead was only 3-11 to 3-5 at the interval, but they started the second-half the stronger and points from Walsh and Stapleton saw them lead but eight points once again.

Scanlon and Matthew Ruth hit back for James Stevens, but after Matthew Ruth was denied by a great Holohan save at one end, Dicksboro stuck at the other end when Martin Gaffney scored from a tight angle.

The goals continued to flow though and Ruth’s shot 12 minutes from time somehow found the net, but Sheehan and O’Flynn added the gloss for Dicksboro late on.