The 2013 All-Ireland champions were the better team throughout but three Roscommon Gaels goals kept them in contention until substitute Conor Murray and midfielder Eddie Nolan delivered decisive blows in the game’s dying embers.

The game was in the melting pot once Mark Healy goaled in the 34th minute after Cian Connolly’s free came off the post. But Brigid’s finished with a flourish to set up a repeat of last year’s Connacht club final against Galway kingpins Corofin in three weeks’ time.

Brigid’s signalled their intent early and Brian Stack found the net inside 20 seconds when he fetched Senan Kilbride’s delivery from the left wing and finished with aplomb.

Kilbride and Connolly swapped free but Gaels were handed a pathway back into proceedings when Connolly won a ninth minute penalty, which he sent to the net to bring the sides level.

However, St Brigid’s upped the ante and points from Darragh Sheehy, Cathal McHugh, Stack and Kilbride opened up a four-point lead before Ronan Gleeson lofted a much-needed effort over the crossbar for a Gaels side appearing in their first final since 2004.

It could have been worse for the Gaels but their goalkeeper James Fetherstone made a spectacular save from Darren Dolan to keep them in contention. That stop was to prove even more crucial when David O’Gara and Cathal Dineen set up James O’Gara for a simple goal in the 25th minute.

By the time half time rolled around, a free from Connolly followed frees from McHugh and Kilbride to leave St. Brigid’s 1-9 to 2-4 in front at the break.

When Padraig Kelly and Kilbride hit rapid fire scores at the beginning of the new half, Brigid’s looked set to take a vice-like grip on proceedings. But Healy’s goal swung the pendulum back in Roscommon Gaels’ favour.

For the next 15 minutes, there was nothing between the sides as Connolly and Richard Hughes tagged on points for the Gaels.

McHugh landed a 50th minute free but a couple of poor misses suggested that Brigid’s were struggling. The Gaels’ cause wasn’t helped when the influential David O’Gara was dismissed for a second bookable offence.

Then, to copperfasten their superiority, Conor Murray punctured a huge hole through the heart of the Gaels defence to procure a second goal. Brigid’s weren’t done yet and Eddie Nolan finished off a superb team move with a wonderful third goal soon afterwards. 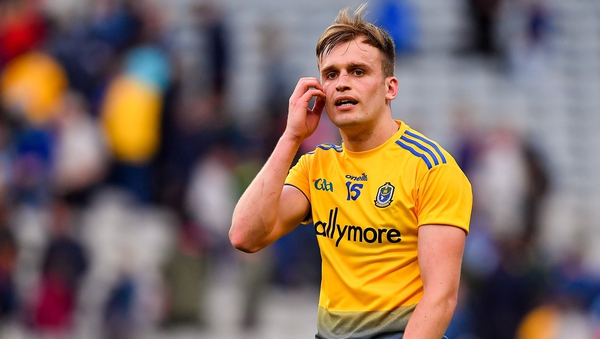