The Sunday Game panelists have awarded Galway eight spots in their hurling team of the year, with four players from the All-Ireland finalists Waterford making the final cut.

Elsewhere, Cork have two representatives in the team, while Tipperary complete the hand-picked XV with one player.

Some omissions which are sure to generate debate are Austin Gleeson and Pauric Mahony of Waterford along with Mark Coleman (Cork) and Tipperary's John McGrath.

Galway centre-back Gearóid Mcinerney was the panel's overwhelming choice as hurler of the year.

The Cork netminder gets the nod for the number one jersey, with his puck-outs forming a key part of Cork's attack this season.

The Galway defender slots in at corner back, following a string of impressive displays for the Tribesmen.

Another towering player in the heart of Galway's defence, Daithí Burke takes up the full-back position on the team of the year. 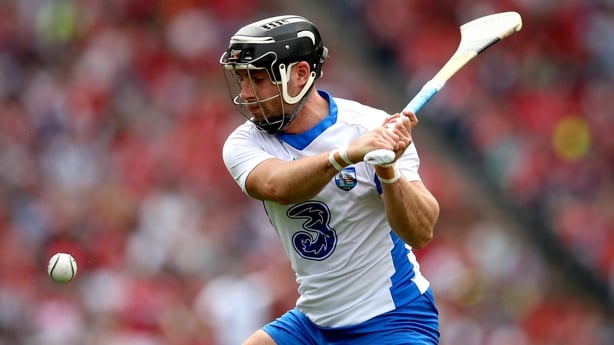 Waterford's Noel Connors completes the full-back line. He had the unenviable task of marking the in-form Conor Whelan in the All-Ireland, and put in a gutsy display against the Kinvara player.

The first of the half-back spots goes to Pádraic Mannion on the back of a solid campaign.

Son of All-Ireland winner Gerry McInerney, Gearóid gets the number six jersey. He was immense in Galway's All-Ireland semi-final and final.

The sturdy Tipperary captain takes up his position on the other wing of the team of the year.

Waterford's Jamie Barron gets the first of the midfield spots. He was man-of-the-match in his side's All-Ireland semi-final victory over Cork.

Galway's captain completes the midfield partnership in the team after a terrific performance in the All-Ireland final.

The Déise skipper slots in at number 10. He opened Waterford's scoring account with a cracking goal.

The Portumna star makes the cut at centre-forward. His game has improved since making the switch from target man to link player this season.

The last of the Waterford representation takes the number 12 jersey. Michael 'Brick' Walsh scored a point in the All-Ireland final.

20-year-old Conor Whelan is selected at corner forward after an exceptional championship campaign.

The Galway full-forward made a terrific start to the All-Ireland final and finished the game with three points to his credit.

The inside forward from Cork completes the team of the year. He hit 0-12 in their All-Ireland semi-final defeat to Waterford. 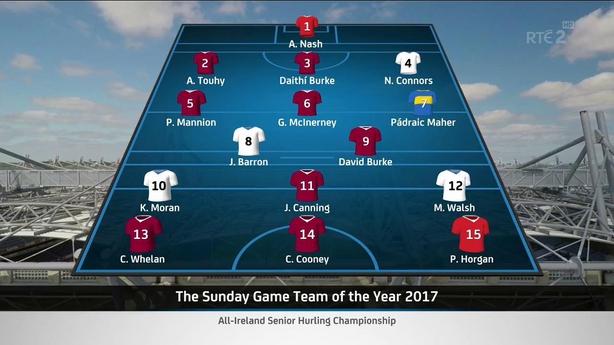