The Portumna wizard fired 2-02 in total at Croke Park, bringing his haul to 4-09 for the campaign, and helped Galway to secure their 11th title at the grade.

It was a courageous win for Jeffrey Lynskey's side who conceded two early goals and fell six points down to a fancied Cork side.

Man of the Match Canning tied up the scores with his first goal in the 32nd minute and his second, in the 39th minute, put Galway ahead for the first time in the game.

They dominated that third quarter and opened up a five-point lead with 11 minutes to go, giving them enough of a cushion to brave a strong Cork finish that reduced the gap to just two. 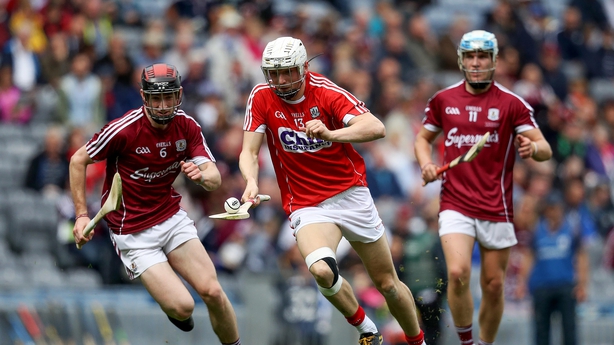 It was tough on Cork who had an outstanding performer in Brian Turnbull who claimed 1-07 on the afternoon.

They got a much better start, scoring what was presumably the fastest ever goal in a minor final.

The Munster champions won the throw-in and worked the ball upfield to Turnbull who, with just seven seconds on the clock, whipped the ball to the net.

The Douglas attacker added a point from a free and suddenly Cork found themselves with a four-point lead.

There was little between the teams from then on though and that early Turnbull goal separated the sides at half-time when Cork led by three, 2-07 to 0-10.

By that stage, they'd added a second goal through Evan Sheehan who shook off Galway defender Conor Caulfield in the 16th minute and struck to the net from a tight angle along the right endline.

Turnbull (hamstring) and Sheehan (knee) both came into the game with injury concerns but allayed any fears with strong starts. 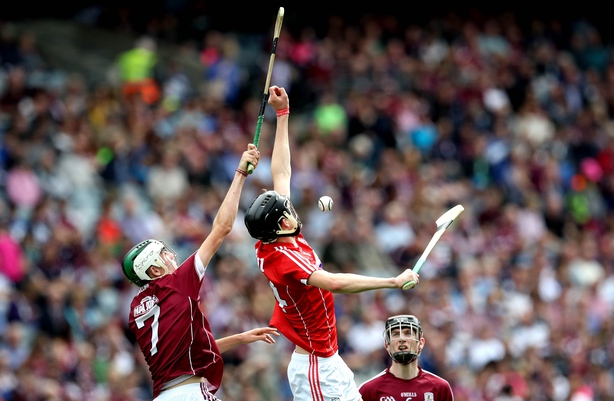 Canning was Galway's danger man with 1-3 and 1-4 tallies in the championship beforehand but was held scoreless until his brilliant first goal.

He had one good goal chance late in the opening half when picked out by Canning but blasted over.

Conor Molloy, a late addition to the lineup in place of John Fleming, also weighed in with three first-half points.

Canning's scorching goal 90 seconds after the restart tied the game up in sensational fashion.

Donal Mannion sped away up the left before passing to Canning who unleashed a piledriver from across the 'keeper to the net.

It tied the scores up at 2-7 to 1-10 and they were level twice more in a rip roaring encounter before Canning slammed in his second goal.

This time he showed his aerial ability with a great fetch from Conor Walsh's long ball before lashing to the net.

Cork reduced their arrears to just two but Galway held out despite five minutes of stoppage time being played.