Sean Cavanagh has announced his retirement from inter-county football after an incredible 16 seasons.

It was expected that the Tyrone footballer would hang up his boots at the end of this season and he confirmed the news through Twitter after his side suffered a crushing defeat at the hands of Dublin in the All-Ireland semi-final.

"My incredible journey ends. Blessed to have shared the highs & lows of our game with some amazing Gaels," wrote Cavanagh.

And he went on to thank the GAA for everything.

My incredible journey ends. Blessed to have shared the highs & lows of our game with some amazing Gaels. Thanks for everything @officialgaa

There were emotional scenes after the game as Cavanagh savored his last moments in Croke Park as a player.

Cavanagh spent time with his family on the pitch after the game as the curtain came down on a fantastic career.

The Dublin players lined up to shake his hand, showing respect to him for all that he has brought to the game. 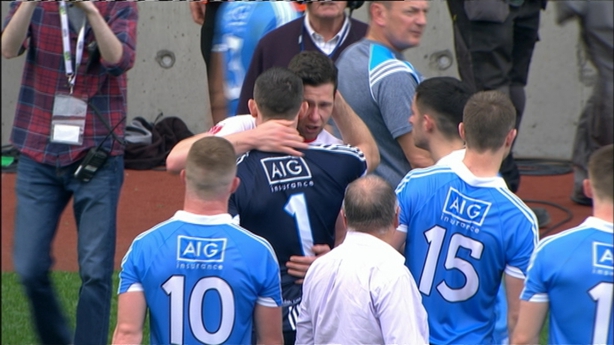 Cavanagh finished up with three All-Ireland medals and six Ulster titles as well as a footballer of the year crown from 2008 and five All Stars.

People from the GAA community paid tribute to the great player.

Sean Cavanagh went out more Totti than Terry, great f*ckin footballer. A lad who's step we all had a go off mimicking, and failed abysmally!