With all potential disciplinary distractions now parked, Galway and Waterford are in the zone of preparing for hurling’s biggest day.

A lot of Waterford players will be playing in their first All-Ireland. There's no guarantee they'll get to play in another final so they must grab the opportunity with both hands.

That is easier said than done when it comes to the biggest day on the hurling calendar.

In my second season as a Kilkenny senior hurler I was preparing for an All-Ireland final. Cork were the opposition – a Cork team that everyone said was going to dominate hurling for the foreseeable future.

They had stopped our three-in-a-row bid in 2004. We were determined to end their treble aspirations in 2006. It was game on.

Once we had beaten Clare in the semi-final, minds were concentrated on the Rebels. In terms of the build-up, my father (Richie Snr) was a huge support to me. He had been there before, he knew all about the hype, the distractions, the media obligations.

What irked me most in the lead-up to the game was the endless requests for tickets.

It’s unbelievable the way you're expected to pull tickets out of the hat to give to people, not just in your own backyard, but to others from all corners of the globe who are coming home for the game.

As players we get some tickets but that didn’t stop the phone from ringing. Thankfully, Dad stepped in to ease the pressure.

I got back to focusing on the first Sunday in September happy that in the knowledge that suits, hotels and the banquet was all sorted out. Formalities out of the way.

For me, at the time, I was preparing for the most important three or four weeks of my life. I made sure I got plenty of sleep and was eating the right food. As the big day got nearer I could sense the hype was starting to ratchet up, it was important not to get caught up in the whirl.

Training was going well and before we knew it there was just a week to go.  At that stage the squad were like coiled springs ready to bounce onto the Croke Park sod. 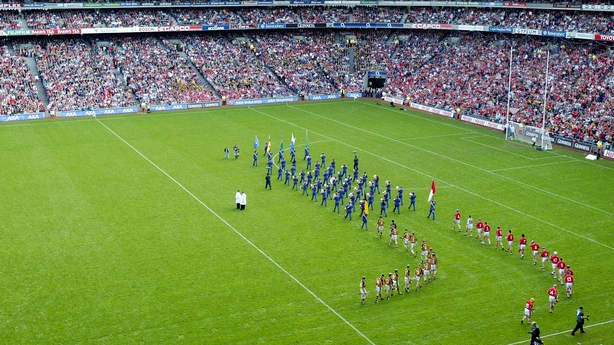 I didn’t get much sleep on the night before the final - even though I went to bed early. I was very restless, with understandable nerves.

And so to the morning of the game. It dawned bright and sunny.

I met the rest of the team outside Langton's like we always did. We tried to be as normal as we possibly could going up in the bus. We all sat in our usual seats. There was a bit of craic at the back of the bus. A giddy nervousness you could say.

We got to the Crown Plaza in Santry, had our pre-match food and went out for a few pucks on the green outside the hotel. Then we hopped onto the bus to head to Croke Park. It was then that the nerves really started to get kick in. You started thinking about the game.

You were trying to visualise what was going to happen - the parade, the photos. You'd go out before the game and have a quick look at the minor match to get a feel for the atmosphere. The stadium was now starting to fill up.

Once we got back into the dressing room, all of the pre-match atmosphere stuff was blocked out. We had a job to do, we were well prepared; we were focused.

It was now all about putting the gameplan into action.

I can't remember too much about running out on the field, the warm up or the parade.  It was the most focused I had ever been.

The match was on.

With payback on our minds, we wanted to lay down a few markers early on. A couple of Cork lads were put on their arse. I fired over a point, the crowd applauded, raising their hands in the direction of the blue sky above.

Time flew by. All of a sudden it was half-time.

And then the second half. It was akin to an arm-wrestle. Cork came with a late surge but we had done enough. Again, I wondered where the time had gone. I remember John Tennyson running out with the ball. Cue the full-time whistle. 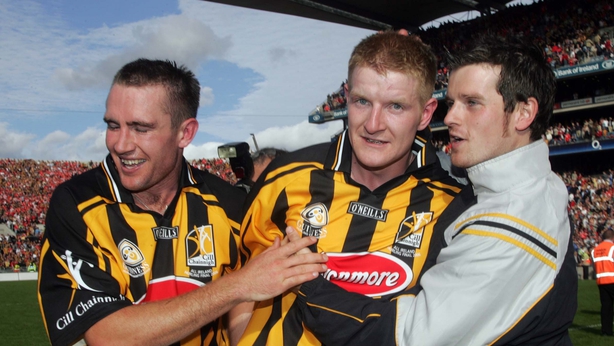 The gameplan had worked. We were All-Ireland champions. I can still see the delight on Brian Cody’s face and feel the slaps on the back.

I was sitting in the hotel on that Sunday night trying to take it all in. Some of the day was a blur amid the exhilaration but Brian had reminded us ahead of the game that such days are there to be enjoyed.

In 2008 I think the whole thing got to Waterford, all the hype and excitement of getting to a decider. It got in on the players and affected their performance on the day. I have no doubt that Derek McGrath will have everything right, will have the players well guarded and well protected.

Galway have experienced the final-day feeling in recent years but Micheál Donoghue equally has a job on his hands to ensure that all is right in his camp with the big prize there to be won.