Mayo are facing into their ninth Championship game of the season, but fatigue won’t be an issue in Saturday’s All-Ireland final replay against Kerry according to their manager Stephen Rochford.

The Green Above the Red have more minutes under their belts than any other side this summer, edging towards 700 once you add in stoppage time, extra-time and a quarter-final replay with Roscommon.

They meet the Kingdom in their semi-final replay next weekend and Rochford insists they will be as fresh as ever.

Last year on his watch they played nine games as they lost to Dublin after an All-Ireland final replay. 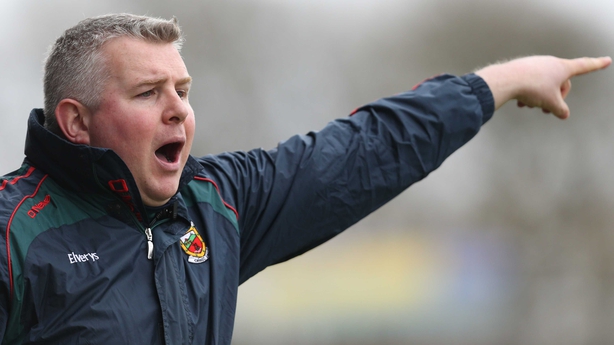 "I thought we were doing the running there at the end on Sunday," he said. "These guys, and I've said this before, are in great physical shape. We probably trained once during last week and our recovery started 15 minutes after the final whistle."

Certainly, Mayo didn’t look tired as they pushed for an equaliser that eventually came through substitute Paddy Durcan in the fourth minute of stoppage time at the end of the game.

These sides played out a thrilling All-Ireland semi-final replay in Limerick three years ago and though Rochford wasn’t involved then he knows that the six days between draw and rematch need to be used wisely.

"It’s a balance," he explained. "Replays in many ways are won from what you learn, what you can take and improve on. Tightening the things at maybe seven out of ten, to eight or nine out of ten. I’ve no doubt it will be a fine margin come next week as well."

What Rochford couldn’t get away from after the 2-14 each draw was his use of Aidan O’Shea, taking him out of the attack and playing him at full-back to negate Kerry target-man Kieran Donaghy.

It meant the Kingdom chanced very few high balls into the edge of the square, but Donaghy had a huge impact on the game as he scored a point, gave the last past for his side’s first goal and had a key involvement int he second.

"Aidan was effective in some aspects. We’ll take closer attention before being definitive on that.

"Was it the right decision? Look, we’re halfway through. You win the game, you lose the game, people decide you’re right or wrong. We’ll see what happens in the replay."