The business end of the hurling championship is upon us with this weekend's quarter-final clashes between Clare and Tipperary and Wexford and Waterford.

And Kilkenny All-Ireland legend Jackie Tyrrell expects all four teams to up their games in a bid to win a place in the semi-finals and extend their campaigns into August.

Clare take on Tipperary in the headline act of the opening day's action at the renovated Páirc Uí Chaoimh on Saturday, and Tyrrell predicts Clare will 'throw off the shackles' and deliver a full-blooded performance after a muted Munster final defeat by Cork.

"This is a Clare team that only won an All-Ireland a couple of years ago, so you'd expect them to come back from being really poor in the Munster final," Tyrrell told RTÉ Sport.

"They were flat and lacked ideas. They've had two weeks to regroup and come back at Tipperary, who really are an unknown quantity at the minute.

"The Dublin game was a non-event and they beat Westmeath as well, so they really don't know where they are either. 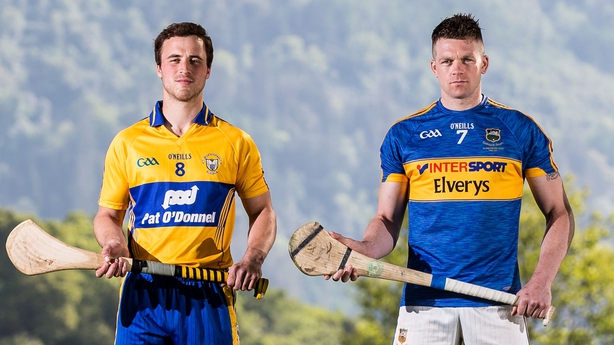 "So there's two teams that are probably lacking a small bit of confidence.

"They wouldn't have seen themselves in quarter-finals at the start of the year, they'd have been hoping to be sitting in a semi-final waiting for the winners.

"It's do or die. Loser goes home, so there's a lot on the line for both camps.

"You'd expect Clare as individuals to sit down and say 'we didn't perform, we didn't express ourselves in the Munster final. Let's wrong that right and go out and throw off the shackles and play with freedom. Forget about systems and puckouts. let's push up on Tipperary and ask Tipperary questions'.

"If they do that, that Clare forward line is very potent. They didn't look it against Cork because they were holding back a bit. I expect them to have a real go at the weekend."

Sunday sees Davy Fitzgerald's Wexford side look to rebound from their Leinster final loss against a Waterford side under pressure to take that next step towards a first All-Ireland final in nine years.

The Déise are coming into the game on a high, having ended a 58-year winless championship run against Kilkenny in the last round of the qualifiers.

Tyrrell knows Fitzgerald will have a surprise or two up his sleeve against his former charges, but hopes the game does descend into a tactical battle that stifles the outstanding individual hurlers on both sides.

"There's going to be tactics in the game but I'd hope they're not the overriding factor because it's two different teams," Tyrrell said.

"Wexford are really in bonus territory with Davy Fitz. They are riding the crest of a wave down there, but Waterford have a bit more pressure on them.

"They are on a four-year journey with Derek McGrath. They've got the Kilkenny hoodoo off their backs, that was really weighing on them, so they can really go and have a go, but there's a bit more pressure.

"Yes, tactics and systems will come into play, but you would hope, with the talent available on both sides, that they really just go at it.

"It's set up to be a really different game, it could be cagey, it could be open, we just don't know. With Davy involved anything is possible.

"Davy will know. He was down in Waterford, he knows the culture, and he'll have been watching Waterford closely this year.

"He'll have a plan up his sleeve for Austin Gleeson, maybe like he did with Joe Canning in the Leinster final. He'll have his homework done."