Armagh have seen off Tipperary in the All-Ireland SFC round 3B qualifier in Thurles.

Armagh produced a strong second half performance to advance in front of 6,823 spectators in Thurles.

All-Star Michael Quinlivan, drafted into the starting line-up, crashed home a brilliant goal in the second half for Tipp but the struggling hosts wouldn’t score for 20 minutes after that.

And while Armagh’s talismanic forward Jamie Clarke was generally quiet, he still showed real class at the end to ease the Orchard men home. 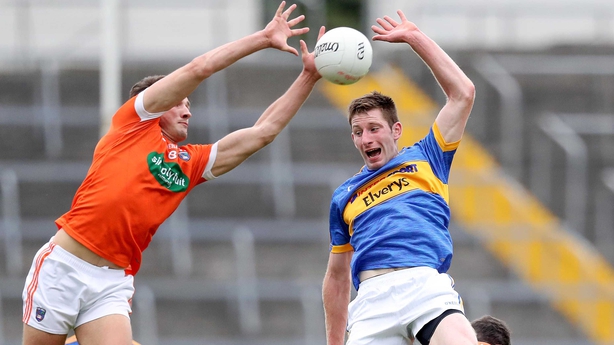 Clarke’s late point had Armagh in front for the first time in the game, before he tapped home a counter-attack goal to seal it for McGeeney’s men.

The Ulster side had what looked like a legitimate goal ruled out in the 19th minute, McParland stroking the ball home after collecting Clarke’s crossfield ball.

Referee Paddy Neilan had whistled back for a foul, however, and Armagh had to be content with Rory Grugan’s tap-over free, when they felt that a three-pointer was harshly scrubbed out.

At half-time, Tipp had put themselves in a good position, leading by 0-10 to 0-08 after playing with the breeze.

Tipp will feel they could have won this one but slumped after Quinlivan’s goal.

His goal came in the 38th minute, taking a pass from Conor Sweeney before sending a rising drive past Blaine Hughes, but they wouldn’t raise another flag until the 58th minute. 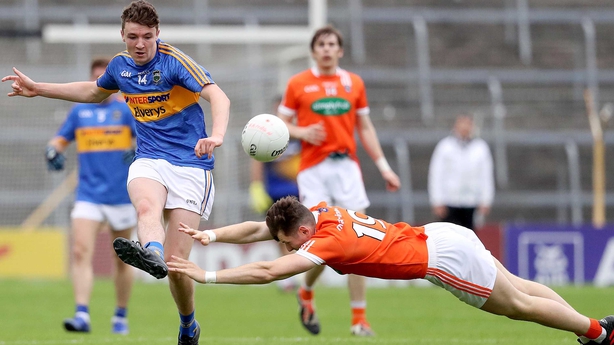 As Armagh came on strong, Tipp also lost Jack Kennedy to a black card in the 47th minute, and the hosts had goalkeeper Ciaran Kenrick to thank for a fine save to deny Andrew Murnin, shortly after Quinlivan’s goal.

Down the home straight, Armagh finally got ahead when Clarke lofted over a 61st-minute point.

A swift breakaway saw Brendan Donaghy, who did well in a covering role all through, feed Gavin McParland, and Tipp were in trouble.

McParland off-loaded to Clarke and he bamboozled the back-pedalling Tipp players with some dazzling footwork before slotting home. 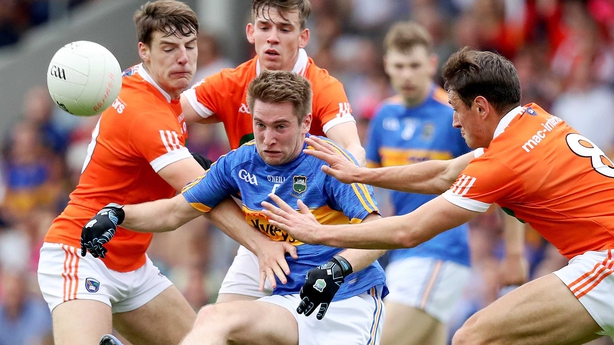 Quinlivan had a couple of late efforts from close-in frees blocked away by the massed Armagh ranks, as Tipp desperately tried to find their way back into the game.

But Armagh were clever and streetwise, and atoned for their defeat to Tipp when the sides met in a promotion shoot-out at the Athletic Grounds earlier in the year.