A powerful second-half performance at Croke Park propelled All-Ireland favourites Galway beyond a determined but ultimately outclassed Wexford side to the Leinster SHC title.

Conor Cooney's eight-point haul lit up a provincial decider that will be remembered for the physical power and point scoring ability of Micheal Donoghue's Allianz league champions.

Joseph Cooney was excellent too as Galway, leading by three points at the break, pulled clear with a tremendous third quarter display.

Davy Fitzgerald's Wexford had hoped to crown their breakthrough season with a first Leinster title since 2004 and were neck and neck for half an hour but couldn't live with Galway's greater physical conditioning and attacking power beyond that.

Galway's reward is an All-Ireland semi-final place while Wexford will get to experience the redeveloped Páirc Uí Chaoimh when the quarter-finals take place later this month.

The Model County started well and gave as good as they got in the first 30 minutes or so, retaining a slender 0-11 to 0-10 advantage at that stage.

Captain Lee Chin was a totemic figure for them, winning one hard-fought free before drilling it over from a huge distance out to roars of approval from the large Wexford crowd.

Moments earlier, Jack O'Connor had performed a courageous block on Padraic Mannion that left him with a bloodied hand but summed up Wexford's immense desire.

Our panel discusses Galway's win today and the road ahead to the All Ireland #SundayGame pic.twitter.com/UqnUotwEpp

The league semi-finalists seemed to come out on top in much of the early loose ball and picked off points from some outrageous angles.

Conor McDonald scored two beauties from long range and Diarmuid O'Keeffe cut in between two Galway defenders on the left before splitting the posts from a tight angle.

Galway got most joy out of Cooney who scored four first-half points, the first three of which came off Willie Devereux before Simon Donohoe was moved onto him.

Cooney's fourth of the half in the 30th minute began a burst of four Galway points in a row that nudged them 0-14 to 0-11 clear at the break. 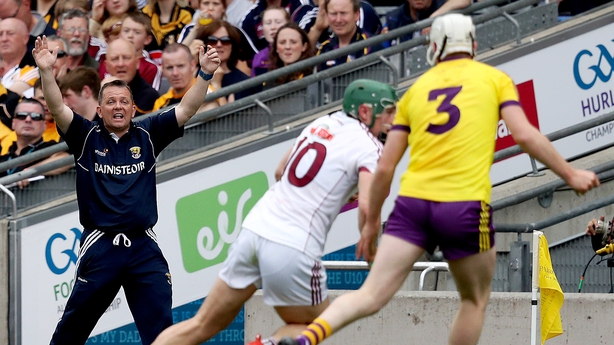 Wexford ultimately lost the game in the 15 minutes after the restart when everything went against them.

A McDonald point that was initially awarded by the umpire was ruled out by Hawk-Eye.

Then McDonald's tame shot from a 40th-minute penalty was turned around the post by Galway 'keeper Colm Callanan.

Galway's response was emphatic; seven unanswered points and an exhibition of high fielding from Niall Burke and Conor and Joseph Cooney who all picked off great scores.

Suddenly, Galway led 0-21 to 0-12 and even a 1-01 blast form Wexford, including a 53rd-minute O'Keeffe goal, only briefly halted their momentum.

Five more Galway points without response from a besieged Wexford put the result beyond doubt.

By now, Niall Burke had emerged as a prominent forward for Galway though Joseph Cooney picked off the best of the late scores, a terrific effort from a tight angle out on the right wing. 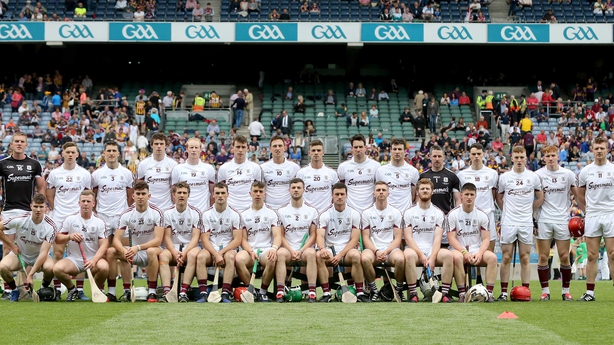 Tullaroan strike at the death in All-Ireland final thriller

Bergin points the way for Shamrocks in junior decider