Bernard Brogan admitted he feels he has to prove he "still has the legs" to make an impact every time he pulls on a Dublin shirt with so much young talent jostling for a start.

The four-time All-Ireland winner grabbed two points from play when he came off the bench in the defeat of Carlow a fortnight ago.

Now 33, Brogan is fully aware he's in the autumn of his inter-county career, but the St Oliver Plunketts/Eoghan Ruadh man isn't about to go out with a whimper.

Though a constant stream of fresh blood seems to pour down the the Dubs' conveyor belt, Brogan is undeterred. He feeds off the competition.

"The power of Dublin has been the panel and the competition we've had over the last number of years," he told RTÉ Sport.

"The conveyor belt continues with Dublin. The young lads are so comfortable when they come into the set-up and they're so competitive. That's a challenge for all of us.

"I know what it's like to work hard, to toil and fight for a place."

"I've been a starter for many a year. I've a new challenge. I have to show Jim and the management team that I still have the legs to impact a game. The internal games are quite competitive as you can imagine!

"I didn't make my debut until I was 23. It took me two years to get into that Dublin team, so I know what it's like to work hard, to toil and fight for a place. I've been here before and I'll fight hard for it.

"Playing for Dublin is my dream. I've been lucky enough to play over 50 times in the championship. I'm hoping there's many more days in blue for me."

Jim Gavin's men went an incredible 36 games unbeaten in the league and championship until Kerry turned them over the Allianz Football League final back in April.

But that setback could prove a blessing in disguise, Brogan claimed, as he looked towards a Leinster SFC semi-final against either Offaly or Westmeath, who drew in Tullamore last Sunday.

"It wasn't the worst thing in the world," Brogan said of loss to the Kingdom. 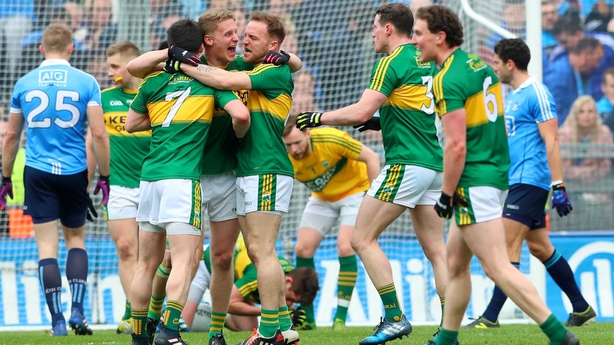 "It got rid of that talk of records and stuff. We learned a lot of lessons from it. A defeat to Kerry is always tough for a Dub to take.

"The team is moving well; we're good shape, fit and well and looking forward to the next challenge."

Of a clash with either Offaly or Westmeath, he added: "They're two good sides. They were very competitive; tough footballing sides.

"We give every team the respect they deserve and do our analysis and our homework on them. Later in the week we focus on ourselves and try and get the performance right at the weekend.

"It's a great environment. Any environment where a player who's on form and working hard and playing well in training gets the jersey, that's an environment every player wants to play in.

The young lads are coming in and they feel if they're playing well they'll get the jersey. That's an environment that will drive real competition.

"We've a challenge match on Sunday. The lads who step up in that game will be the lads who get the jersey. That's a great place to be."

The Sunday Game will have live coverage of Donegal v Tyrone and Waterford v Cork from 1:10pm on RTÉ 1 on Sunday, while there will full coverage of all the weekend's fixtures on RTÉ Radio 1, RTÉ.ie and the RTÉ News Now app.