Former Antrim star Liam Watson hit 11 points from frees as Warwickshire won the Lory Meagher Cup for the second time, beating Leitrim by 0-17 to 0-11 in the Croke Park final.

The Exiles trailed at half-time, but turned the game around in remarkable fashion, dominating the second period as they swept to a comfortable victory.

The Connacht men ran out of steam alarmingly early, and scored just once after the break, their challenge effectively finished when they were reduced to 14 men on 58 minutes.

Padraig O’Donnell and Watson traded early scores from frees as both sides took some time to settle into the contest.

Clement Cunniffe, in his 17th season as a Leitrim senior hurler, dropped back as sweeper as the Connacht men soaked up pressure and broke form deep.

And they struck the game’s first point from play through Cathal O’Donnell in the 13th minute, who added another soon afterwards with the assistance of a HawkEye review.

A superb Colm Moreton score eased them into a two-points advantage at the end of the opening quarter, but the British side stepped up the tempo, and Ian Dwyer was denied a goal by Conor Byrne’s intervention.

Watson steered over a couple of long range frees, edging his side ahead for the first time in the 26th minute, with Shane Caulfield also on target.

James Glancy brought the sides level for the seventh time as Leitrim finished the half strongly, and two more O’Donnell frees eased them into a 0-10 to 0-8 interval lead.

But it was the Exiles who came strong again early in the second half, with Watson punishing virtually every indiscretion. 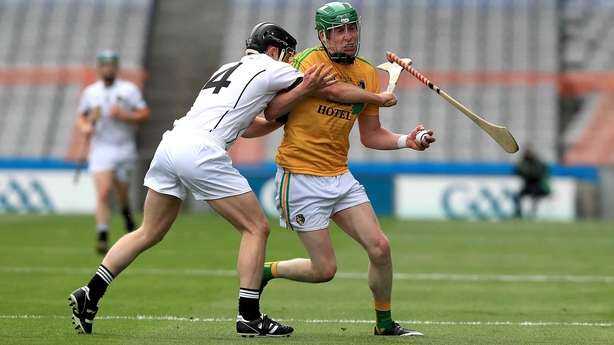 He steered over four in a row, one from all of 85 metres, to ease his side 0-12 to 0-10 ahead and the westerners were struggling to get their flagging challenge going again.

With Kieran Boxwell driving them, from midfield, Caulfield and Paul Uniacke tagged on points from play as the margin continued to grow, and when Watson drove over a monster free from 100 metres, they led by five, 0-15 to 0-10.

Skipper Donncha Kennedy led the way superbly as Warwickshire completed a second half shut-out, and sealed a comfortable win with late scores from Ian Dwyer and Colm McBride. 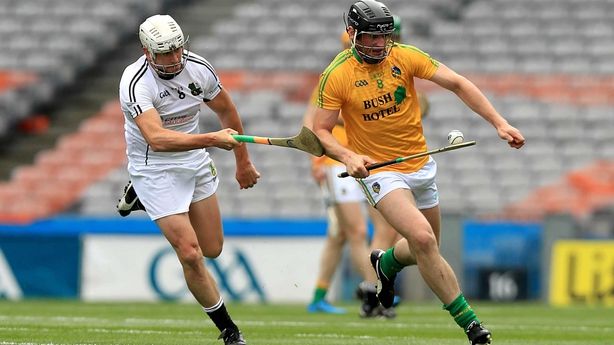