It will be very difficult for Dublin star Diarmuid Connolly to appeal his proposed 12-week suspension, but the entire saga raises serious questions, according to RTÉ football analyst Joe Brolly.

The four-time All-Ireland winner has been hit with the ban for his actions in last Saturday’s Leinster SFC quarter-final win over Carlow, following a meeting of Croke Park’s Central Competitions Control Committee (CCCC).

Connolly put his hand on the shoulder of linesman Ciarán Branagan after a sideline ball was awarded following a scuffle on the touchline.

Referee Seán Hurson took no action at the time, and while it while it was thought that there was no reference to the incident in his match report, widespread media reports are suggesting it was, and the CCCC has stepped in.

This suspension, if it sticks, will run out on the midnight before the second All-Ireland football semi-final, which takes place on 27 August.

Connolly has three days to either accept the ban, or ask for his case to appear before the Central Hearings Committee, who has the power to uphold, overturn, increase or decrease any punishment proposed by the CCCC.

Speaking on 2fm’s Game On programme, Brolly said the offence is clearly defined – minor physical interference – and if it is in the referee’s report as he believes, he is guilty of the offence.

However, the 1993 All-Ireland winner with Derry is adamant that the way in which the incident has been dealt with post-match – Brolly said he believes the incident was included in Hurson’s match report – is of more concern.

"The very odd thing about this case, and something that is rescuing the CCCC from a fatal legal problem, is that if this hadn’t been alerted to in the referee’s report, then the CCCC would not have been able to act because the official was fully aware of the incident at the time," he said. 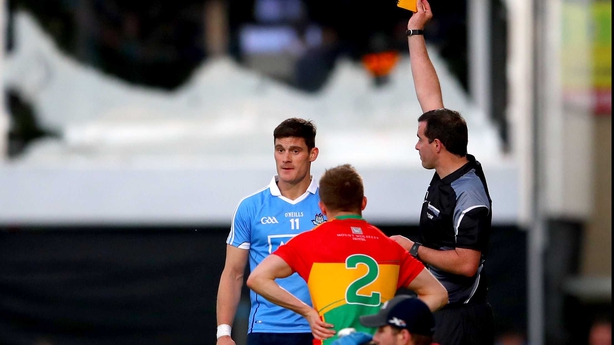 "The only assumption that arises is that the official decided that Diarmuid didn’t cross the line and that it didn’t warrant a card.

"In those circumstances it is extraordinary that if he took the view that he had crossed the line, that he didn’t immediately speak to his referee who was standing beside him.

"It’s a mystery as to how it wasn’t dealt with on the field, and then it turns up in the referee’s report as part of a 'debrief' after the game, while the sideline official, as I understand it, after the game game is over, at an unspecified time, ‘Oh look, meant to tell you, I was pushed by Diarmuid Connolly’

Brolly has said that comparisons to recent cases involving Antrim’s Peter Fitzpatrick – "Diarmuid clearly did what he did" and Tipperary’s Evan Comerford – "Evan accepted the decision" are wide of the mark and while he says there must be "zero-tolerance" for such incidents, he has sympathy for the two-time All Star.

"Clearly he was being put to the pin of his collar by these three boys and you could clearly see him raising his hands in the air, showing the officials, ‘I’m not getting involved in this’ while they kept bumping and boring.

"It’s difficult to see how he [Connolly] can now defend it."

If the incident has indeed been included in the referee’s match report, the pundit believes it raises questions over the process and indeed the match officials.

"There must be serious question marks as to how it came to be in the referee’s report considering that neither the referee or the official acted at the time.

"That is the problem here because it conveniently shuts off the main avenue of defence.

"It’s difficult to see how he [Connolly] can now defend it."

Speaking on the same programme, Bernard Flynn believes the officials should have acted quicker and should also face possible punishment.

"You can’t argue with what he actually did. The big question is now what Dublin do," he said.

"I believe if it was anyone bar Diarmuid Connolly, that incident may well have been dealt with.

"There is no excuse with the officials not dealing with it. They should be taken to task and they should be punished as well." 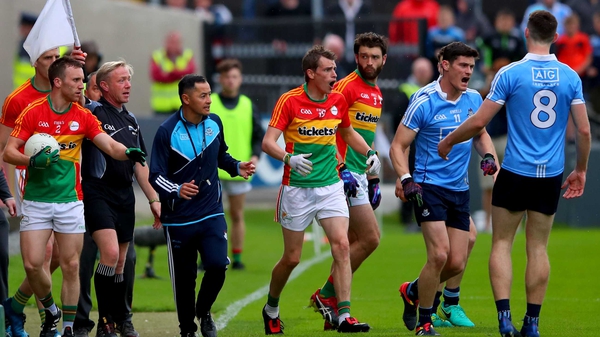