Scraping past Waterford in the Munster SFC quarter-final was another indication that Cork are just not getting it right under their current management, according to Tomás Ó Sé.

The five-time All-Ireland winner was present at Fraher Field on Saturday evening as Peadar Healy's side kicked two points in stoppage time to avoid what would have been a huge upset.

Coming after a mediocre league campaign, it wasn't a performance that Rebels fans wanted ahead of their date with Tipperary in a fortnight's time.

It's an encounter where Cork will be out for for revenge following their defeat to the Premier in the Munster semi-final 12 months ago.

Speaking on the RTÉ GAA Podcast, Ó Sé wondered whether the narrow win over the Déise, at this early remove, is the start or the end of Cork's championship.

The former Kerry legend was clearly not impressed by the Rebels' performance in Dungarvan .

"What happened below in Fraher Field was shocking," he said.

"Cork looked dead. Okay, Fraher Field is a tough place to go to and Waterford will throw everything at you. When Waterford brought players back, it was as if Cork were playing against a defensive unit for the first time in their life.

"Tactically, the side are drowning. It's sad to see but Cork are sleeping at the moment."

Yes, it is a negative assessment from The Sunday Game analyst, but crucially he adds that Cork have the talent to do a lot better.

He continued: "Look at their underage. Cork have won ten out of the last Munster U21 titles. They may not have gone on to win All-Irelands, but they've dominated their province. They are producing players.

"However from U21 to senior there is something wrong, players are just not coming through and are not been developed properly.

"The big picture for Cork is not all bad, but a lot of it is. However, a lot of their problems are fixable and I genuinely think that.

"I think there is a good blend of youth and experience in the current squad - a blend that should see them do better. 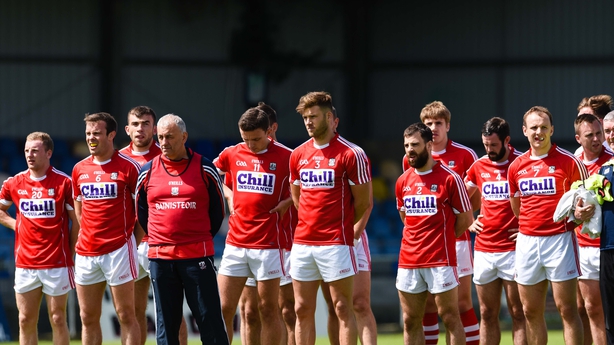 "Alan O'Connor came on against Waterford and bossed the middle of the field. Donncha O'Connor came in and kicked three points. Paul Kerrigan scored 1-03. The older lads are putting the shoulder to the wheel.

When asked what needs to be done to address Cork's slide, Ó Sé added that "the buck must stop with the management".

And while he did not wish to be harsh on Healy, he did reference the state of club football in Cork to give further credence to his view that things should be better.

"I have seen enough club football in the county and from what I've seen Cork should be doing a lot better.

"I don't think Cork have the right set-up at the moment.