League champions Galway got their championship campaign up and running with an emphatic 2-28 to 1-17 win over Dublin at O’Connor Park in Tullamore.

The dismissal early in the second-half of Dublin defender Cian O’Callaghan minimised any chance of an upset as Galway advanced to a Leinster SHC semi-final meeting with Offaly next month.

It was only Galway’s second ever senior championship win over Dublin in seven meetings.

Galway led by 1-10 to 1-07 at the end of the opening half with seven different scorers contributing to their tally in front of a crowd of 14,316 in a game played in excellent conditions.

The Tribesmen seemed poised for a big interval lead but Dublin struck for a goal on the stroke of half-time to give themselves real hope.

Indeed, Dublin started and finished the half in a flourish, with Chris Crummey getting them off the mark after three minutes with a good point from the right.

Galway took over from there and shot four in a row in a six-minute spell with Joe Canning, Jason Flynn, David Burke and Conor Whelan hitting good scores for the League champions. 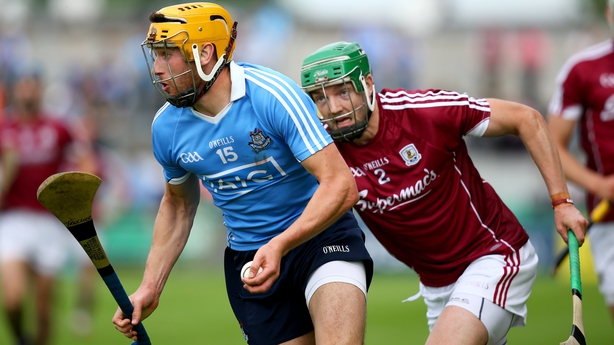 Ben Quinn had a Dublin goal disallowed when he was adjudged to have over-carried the ball. But Ger Cunningham’s men enjoyed their best spell of the opening half after that.

Eamon Dillon reduced the margin and then Shane Barrett landed one from distance before Donal Burke tied the match at 0-04 each after 16 minutes.

Dublin continued to press forward and David Treacy edged them in front but they were also guilty of some wayward shooting, hitting 10 wides to Galway’s seven in the first half.

Galway responded to the challenge with four points without reply, with Cathal Mannion, David Burke, Canning and Conor Cooney pushing them 0-08 to 0-05 in the lead.

Treacy hit back with a Dublin free which was quickly cancelled out when Joseph Cooney ensured all Galway forwards were on the mark in the opening half.

Another Treacy point left just two between them but then Galway, who lost corner-back Paul Killeen to a knee injury, struck a major blow with the opening goal.

Dublin goalkeeper Conor Dooley did well to block an effort from Joseph Cooney but Flynn finished the rebound to the net with a ground strike.

He should have added another three minutes from the break after being set up by a superb pass from Canning but his effort flew over the bar. 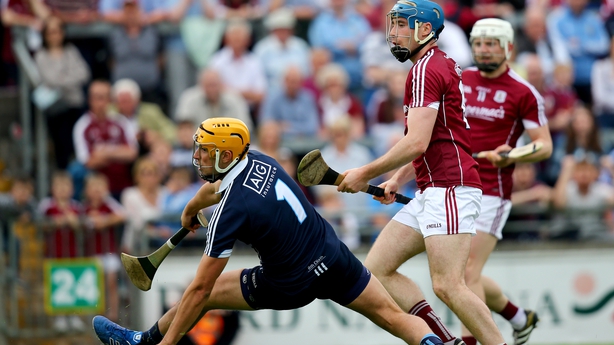 And then, just before the break, Donal Burke set up Quinn for a goal for Dublin to leave just three between them at the interval.

Galway doubled that lead in the opening five minutes of the second half with three points from play and Dublin then suffered a massive blow when corner-back O’Callaghan was dismissed after picking up a second yellow card.

That left the Dubs with a mountain to climb and they never looked like mounting a challenge from there as Galway used their numerical advantage to pull away.

They wrapped up the issue when Conor Cooney got Galway’s second goal after 53 minutes, with Dublin unable to mount a rally after that and will now need to regroup for the qualifiers.

New-look Mayo starting with a clean slate in 2021