Clare will play Kerry in the Munster SFC semi-final after Eoin Cleary’s first-half goal helped them to a 1-13 to 1-12 win over Limerick at Cusack Park.

From start to finish Clare were the better side and they were never behind although an added-time goal from substitute Josh Ryan closed the gap to a point, but they were unable to force an equaliser.

Cleary kicked 1-4 for his side, while the Clare full-forward line contributed all but two of their scores, and Limerick finished with 14 players after Danny Neville earned a seocnd yellow card five minutes into injury-time.

As expected Limerick employed No 12 Garrett Noonan in the half-back line and captain Iain Corbett in the half-forward line from the off, while Clare manager Colm Collins paired the Brennan brothers Gary and Shane at midfield.

And it was the home side that dominated the early stages and Keelan Sexton kicked his side into the lead from a long-range free in the fourth minute. 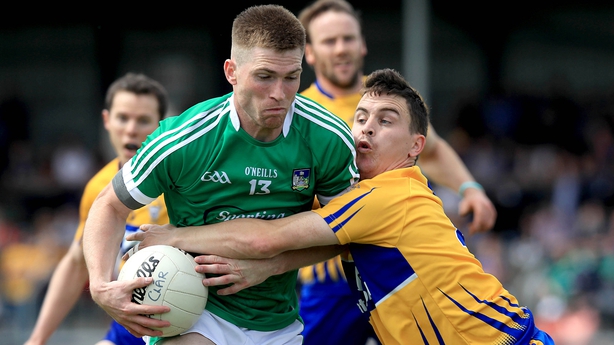 A brilliant point direct from a sideline kick a minute later saw Seamus O’Carroll draw Limerick level, but they failed to register another score until the 13th minute, and by then Sean Collins and David Tubridy had got off the mark, while Cleary bagged the game’s first goal after an accurate, long kick pass from Jamie Malone sent him clear after ten minutes.

Facing the physically strong Clare side, Limerick were smart with their kick-out strategy as they went short more often than not, and while much of their play was worked slowly out of defence they still managed to earn a good return at the other end.

Danny Neville and Ger Collins kicked a couple of fine points for Limerick to close the Clare lead to three points by the 16th minute.

But Clare were happy to wait for their chances and several of their first-half scores came from Limerick mistakes as Clare broke quickly out of defence and created chances with their long kick passing. 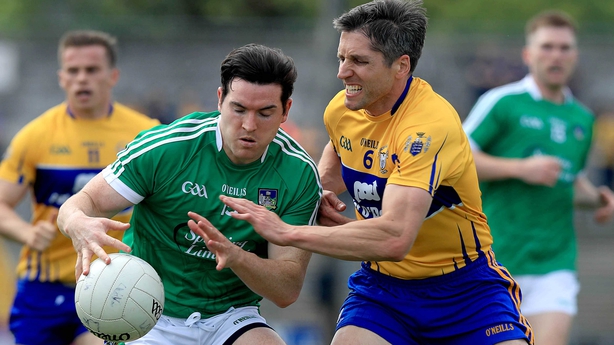 Sexton’s second point came from one such break; Clare followed it with a Tubridy point following a misdirected short free from Limerick; and Sexton again scored in the 24th minute after another lightening break from deep in their own half.

Just before that point Limerick should have levelled matters but David Ward dragged his shot wide, but the Clare forwards were guilty of missed chances at the other end as Sexton was denied by a fine Donal O’Sullivan save four minutes from the break.

Limerick’s last score of the half came when Darragh Treacy carried well through the heard of the Clare defence following a period of lateral passing as Limerick waited for the gap to appear, but the home side worked their way into a 1-8 to 0-6 interval lead as Tubridy and Pearse Lillis landed the last two points of the half.

There was a quick start to the second-half as Eoin Cleary pointed within 25 seconds of the half, but what followed for the following 15 minutes was poor fare as Clare kicked four wides and Limerick three before we saw Danny Neville kick the next score. 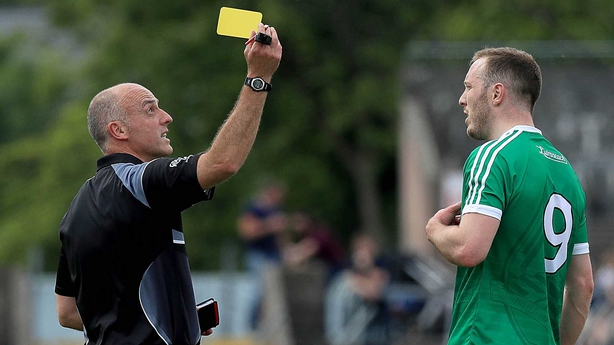 That score jolted both teams out of the malaise and Tubridy licked a great score from the left to restore Clare’s cushion, while at the other end Sean O’Dea roamed up field to kick a great score for Limerick.

And while O’Carroll and Corbett kicked two in a row for Limerick, and Josh Ryan hit a quick 1-1 when he moved into full-forward, Clare held on to take the precious win.

Limerick had the chance to level matters but Sean McSweeney’s shot drifted wide, while their hopes died moments later when Danny Neville was sent off on a second yellow card.