It was a case of job done for Donegal, who strolled into the semi-finals of the Ulster senior football championship with a routine 16-point, 3-19 to 1-09 victory over Antrim in Ballybofey.

This first round tie lacked intensity, atmosphere and was played at a pedestrian pace.

It was competitive for half an hour but once Jamie Brennan hit Donegal's opening goal before half time the game pretty much ground to a halt.

Paddy McBrearty was a surprise omission from the starting team but came off the bench to kick 1-02, with the subs hitting a total of 1-06 on a satisfactory outing for Donegal manager Rory Gallagher.

He blooded five championship debutants with a total of seven players making their first starts – and it proved to an ideal opportunity to give youth its fling.

Antrim had a strong wind in the first half and made a bright start but their confidence faded after missed two goal chances. 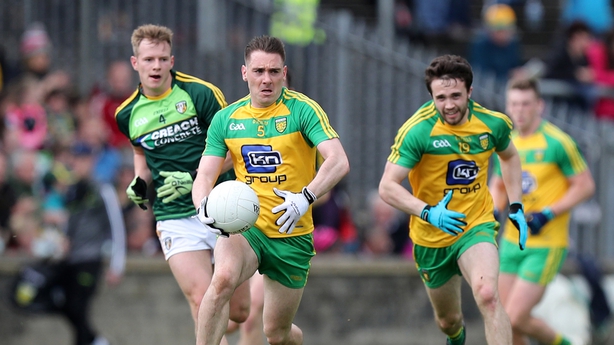 CJ McGourty top-scored for Antrim with 0-06 from frees with sub Conor Small scoring an injury-time goal for the struggling saffrons.

Donegal made a tentative start – understandable given the number of rookies.

Michael Murphy was the dominant figure. Playing with authority and rock solid on the ball, he won a lot of frees which himself and Ciaran Thompson converted.

Thompson hit four points into the wind in the first half including one from play which put Donegal ahead for the first time at 0-05 to 0-04.

Antrim had two great goal chances before Donegal hit the first major of the game.

McGourty's deft snapshot on the turn, from Paddy McBride's ball in, flashed across goal.

There was still only a point in it when Matthew Fitzpatrick missed an even better chance. He ghosted unmarked to the far post but his shot fizzed just wide of the far post.

Within seconds the ball was in the back of the other net.

From a quick kickout Murphy fed Brennan and the Bundoran speed merchant cut inside, burying the ball at the near post after 32 minutes.

Antrim's hopes suffered a further blow just before the interval when Fitzpatrick – who was only cleared to play when a 48-week suspension was quashed by the Central Appeals Committee on Wednesday night, was stretchered off with a suspected shoulder injury. 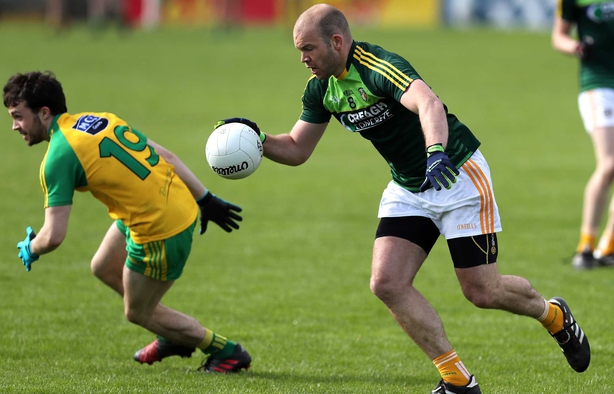 Brennan's quickfire 1-01 just before half time killed the game as a contest and the second half was played at a pedestrian pace.

Five of their first six points of the second half came from frees through Murphy and sub Paddy McBrearty as the game totally ground to a halt.

Paddy McGrath kicked home his first ever Donegal goal after 62 minutes after an unselfish pass across from Ryan McHugh.

The Donegal subs were playing for starting places and were out to prove a point, contributing 1-06 of their total.

Former Footballer of the Year Karl Lacey scored on his introduction with U21 prospect Michael Langan kicking two late points and another from Mark McHugh.

McBrearty nailed a third Donegal goal, cutting inside and blasting the ball into the net with his trusty left boot in the first minute of stoppage time.

Antrim didn't score from play in the second half until the last moment of the game, sub Conor Small hitting a consolation goal.