Sligo had their veterans to thank as they survived a terrifying Sunday afternoon scare in the Big Apple as New York threatened to pull off the first win of their Championship history.

With 5,000-plus packed inside Gaelic Park under leaden skies in the Bronx, Justin O’Halloran’s Exiles grabbed their first lead of a terrific contest with less than 20 minutes on the clock. Embarrassment beckoned for the Yeatsmen.

However with injuries hurting their hopes, Niall Carew’s experienced men stepped up to the plate in the final 15 minutes to wrestle the contest back in their favour and secure a showdown with Mayo in a fortnight’s time with an eight-point victory.

This was so much more than an exhibition as the Championship kicked off with some superb flowing football on foreign soil.

The first six minutes saw as many scores shared between the sides as the patrons were treated to a scintillating opening to the 2017 Championship.

Sligo’s Neil Ewing had got the show on the road within 30 seconds with a smart point but Daniel McKenna responded immediately, veteran Mark Breheny and Eugene McVerry then sharing frees with nerves hard found in the Bronx air. 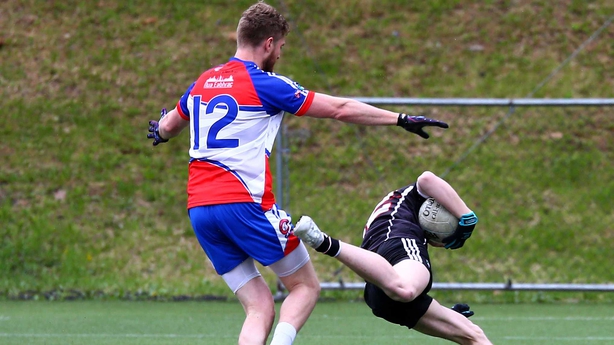 The experience of Breheny — beginning his 18th Championship season here — was going to be key as Carew’s men looked to avoid ending up as a punchline. While Keelan Cawley chose to forego the game’s first goal chance for another point soon after, by the time the contest finally began to settle on 20 minutes, Sligo were 0-9 to 0-4 ahead, Paddy O’Connor, Stephen Coen John Kelly and Adrian Marren getting on the scoresheet with McVerry’s frees keeping New York in touch.

Sligo could have been further clear but for Vinny Cadden, their countryman keeping guard between the hosts’ posts, brilliantly tipping a clever Breheny effort on to the post and away.

It was a moment that gave the underdogs a visible boost and as the heavens finally opened and the ball began to skip across the synthetic surface, the flow of the contest was willed back New York’s way. With McVerry and Conor McGraynor’s accuracy from dead balls paying off, the margin was clawed all the way in.

New York were down by just two points at the break. Having trailed Roscommon by double that margin last year only to come within inches of history, both sides knew this was far from over. 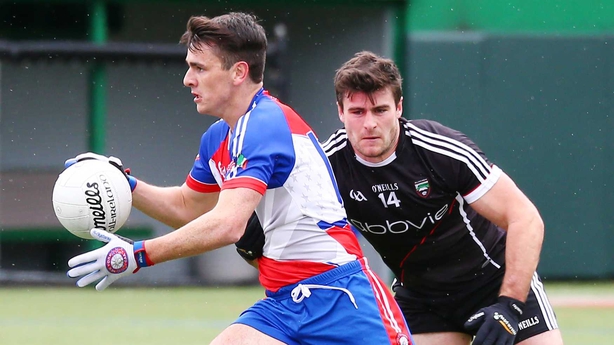 A contest in which a goal would have been huge got one on 45 minutes — and it lit up the Big Apple. Keith Quinn floated in a deep free, substitute Shane O’Connor soared to knock it down to McVerry who powered home. Six minutes later, New York had their  first lead with a booming Wherity score. Gaelic Park was alive and Sligo needed to stem the tide.

Impressively their veterans did so, a Marren brace and Kelly putting them back in front. Then came Cawley’s decisive goal. Wing back Eoin McHugh — superb throughout — burst through the New York defence to feed Cawley who ended the game as a contest.

Carew may only have two weeks to get to grips with the prospect of Mayo in Castlebar but escaping ignominy in the Bronx will do for now.