Micheál Donoghue has challenged his Galway side to back up their stunning Allianz Hurling League final victory over Tipperary in the summer.

The Tribesmen blitzed the favourites and reigning All-Ireland champions by 16 points at the Gaelic Grounds but the Clarinbridge man admits that the county have flattered to deceive in the past.

"I'm obviously delighted with the win but my message isn't going to change from before the game," he told RTÉ Sport.

"We're going well but we know that Galway have been inconsistent.

"It's been levelled at us and we're comfortable with that. We know we're inconsistent and we know that to get consistency we have to put hard work in. 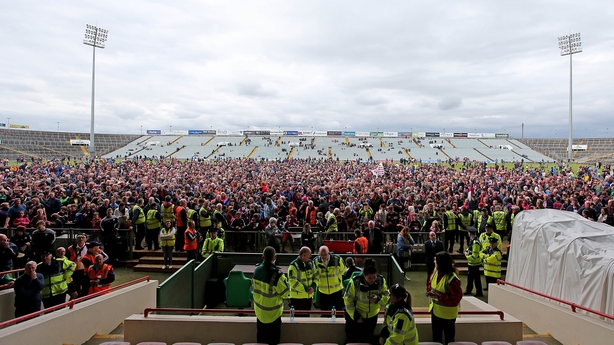 Donoghue was pleased for his players after they bounced back from failing to win promotion to Division 1A to claim a first league crown since 2010, but he insisted that the focus remains firmly on their upcoming Leinster SHC quarter-final against Dublin.

"If you go back to the Wexford game, these players got absolutely lacerated in Galway for that performance," he reflected.

"We weren't happy with some aspects of the performance but, testament to their character, they pushed on for the remainder of the league.

"What we wanted in the league was to stay in it as long as possible and get as close to the Dublin game as possible.

"For the last few weeks, it's been all about having competitive games and everything is still focused on the 28th of May.

"It's been 14 out of 16 weeks (playing matches) and a long slog for the lads. When you put in that work you deserve to get the rewards and they got their just rewards today."